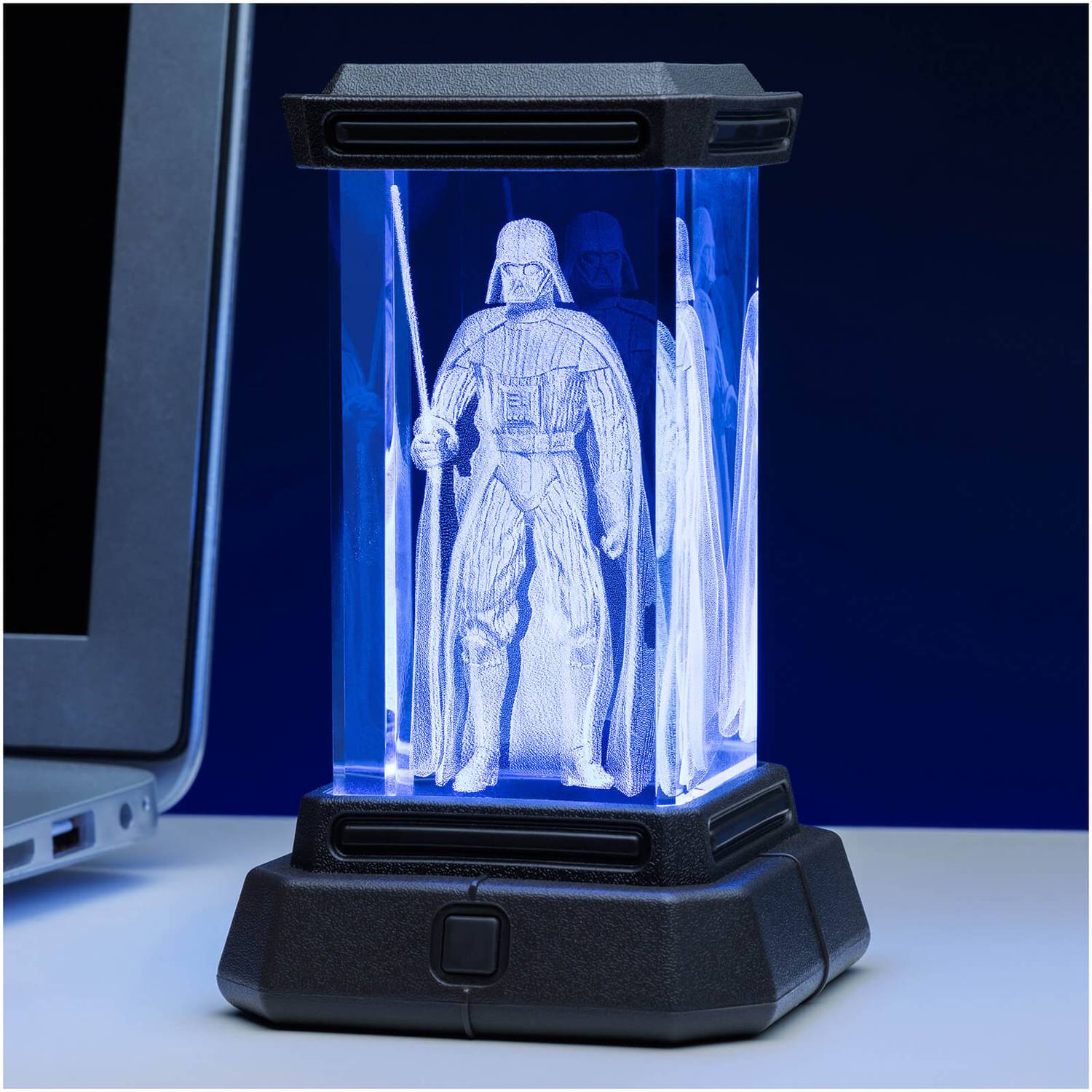 Inspired by the Star Wars saga's holograms, bring some light to the dark side with this Darth Vader Holographic Light.

The 12cm (4.7") tall light contains a 3D laser etched crystal model of Darth Vader holding a lightsaber. The light has three lighting modes - choose between resistance blue or empire red, or let the light phase between the two.

Power the light with 2x AAA batteries (not included).