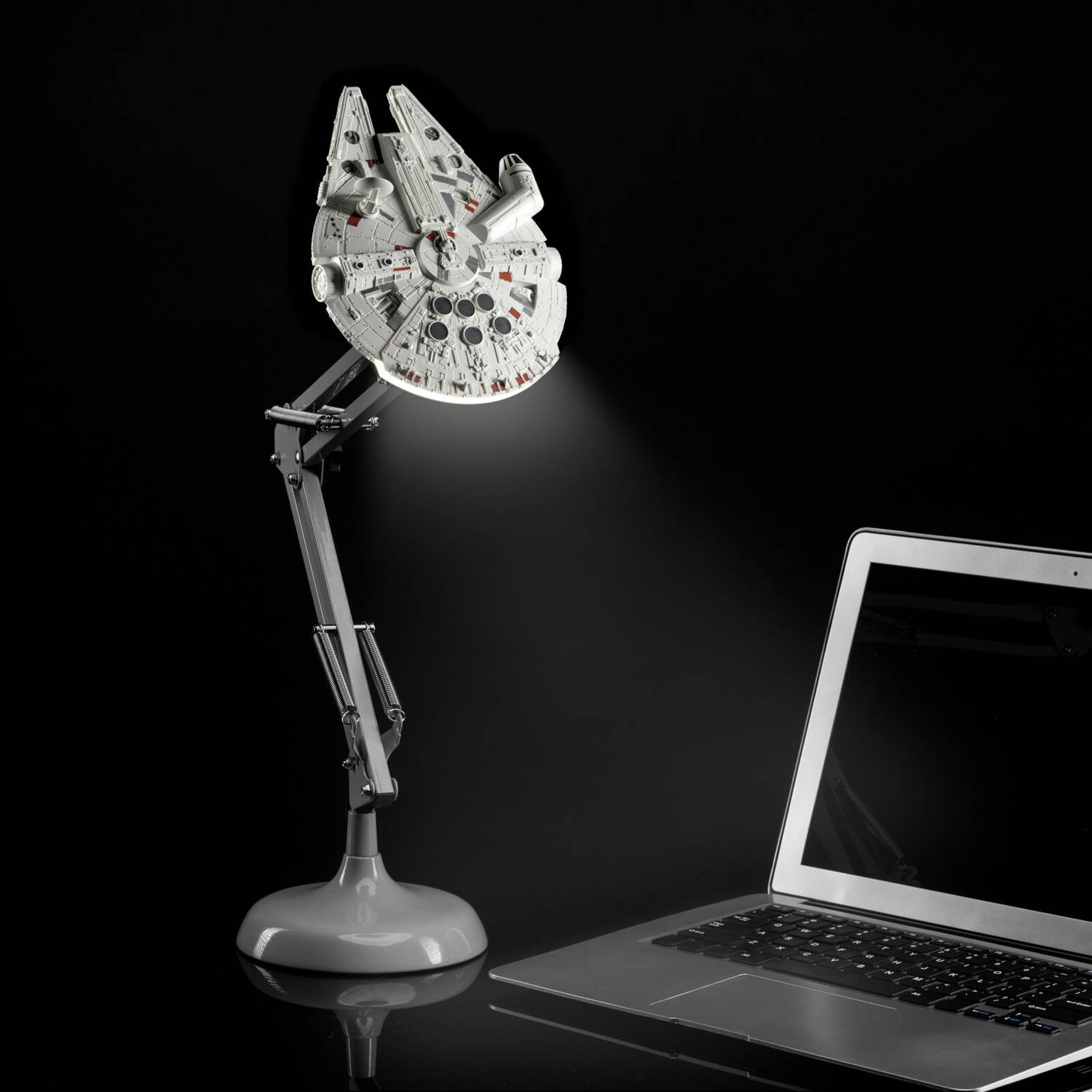 Join Han Solo and Chewbacca aboard the Millennium Falcon and brighten up your room with this fabulous piece of Star Wars memorabilia.

The Millennium Falcon Posable Desk Lamp is in the shape and design of the instantly recognisable and hugely popular ship from the classic Star Wars movies.

Standing at approximately 60cm (23.5") tall, this posable lamp is perfect for use in your bedroom or study. The lamp is USB powered and comes with a 3 metre USB cable.

This lamp makes a fantastic gift for fans of the original Star Wars movies, and is even more suitable for those who loved the confident and cocky Han Solo.

Star Wars has been one of the most successful film franchises in cinema history since its original release in 1977, quickly becoming a defining moment in popular culture. The series has continued to win new generations of fans with each instalment, resulting in a global fan base of millions. From A New Hope and Return of the Jedi through The Phantom Menace and Attack of the Clones, right up to more recent successes such as The Force Awakens and The Last Jedi, Star Wars continues to reach new heights by introducing great new characters as well as focusing on old favourites.

This product is not a desk lamp and cannot be used independently . It is simply a laptop / pc lamp and can only be used via a pc (when pc is on and working). The light cannot be used unless your pc is on . Very disappointing , as more ornamental than lamp, and also cannot be plugged into the Mains.

Bought this for my son for his office, it’s an amazing lamp and it gets lots of comments 👍

Light of my Life!!

Brought this for my other half as a Christmas Gift. When it arrived i got so excited that i just had to give it him. It is just perfect and he loves it!!