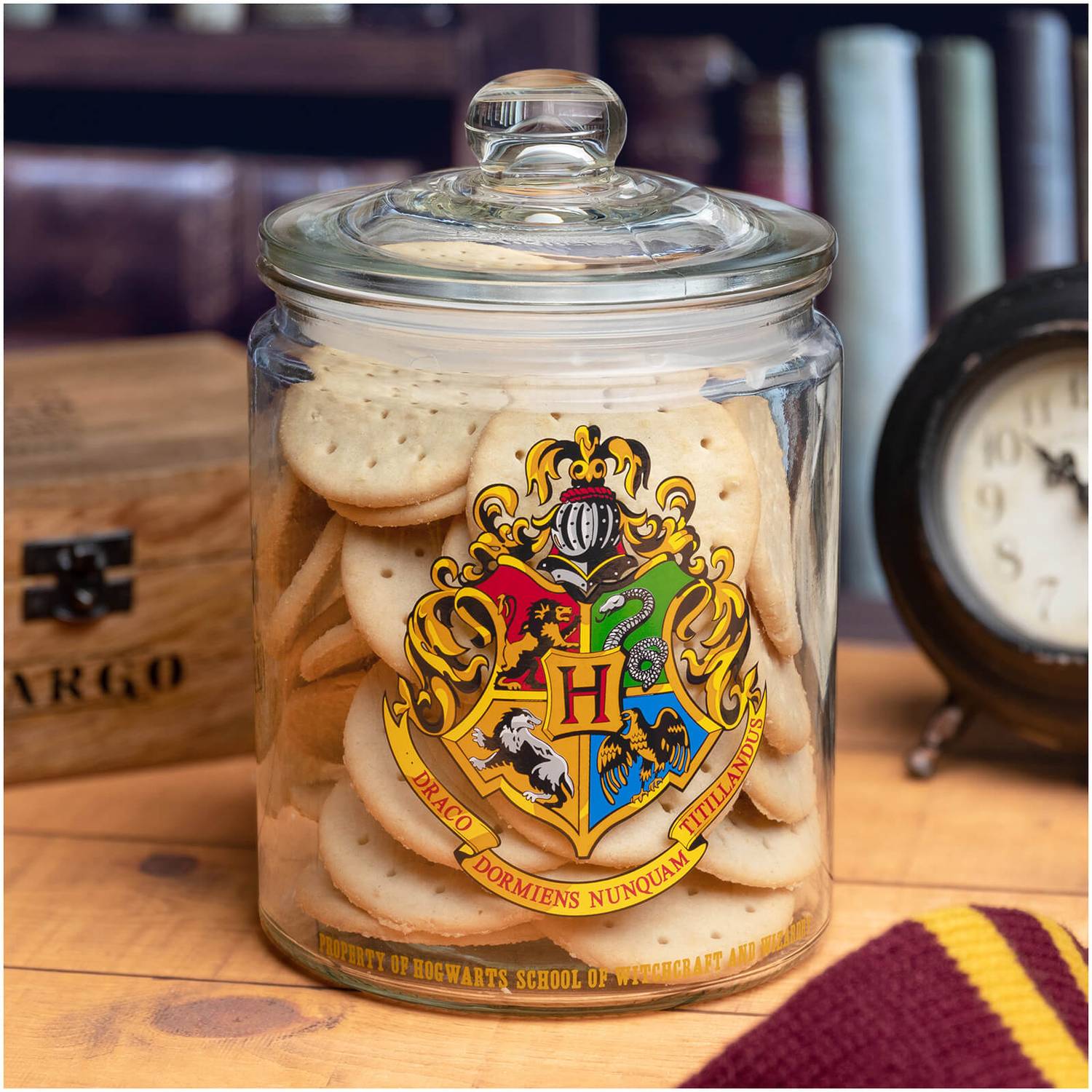 Keep your cookies, sweet treats and more fresh with the Hogwarts Glass Cookie Jar. This 1.8L (63 fl oz) capacity glass storage jar has an airtight lid with a seal and is decorated with the Hogwarts crest, making it instantly recognisable to any Wizarding World of Harry Potter fan. At the base of the jar are the words "Property of Hogwarts School of Witchcraft and Wizardry". You can also use this handy storage jar to store the ingredients for your next potion.

First published in 1997, J.K. Rowling's bestselling series of novels following the magical adventures of Harry Potter, Ron Weasley and Hermione Granger has since become a cultural phenomenon. A huge success in novel form, the world of witchcraft and wizardry was then given big screen treatment in 2001, launching one of the most successful blockbuster film franchises in cinema history. Harry Potter is instantly recognisable to millions of people across the world and is hugely popular among fans of all ages.

This Hogwarts Glass Cookie Jar makes a great addition to any Harry Potter fan's kitchen. The jar is hand wash only and not suitable for dishwasher use.