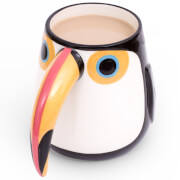 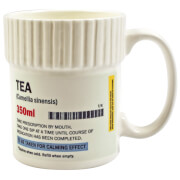 Allow Mr Meeseeks to assist you on your next adventure with this super-fun Mr Meeseeks Travel Mug. Perfect for your morning commute, as well as long trips and short strolls, this stainless steel Mr Meeseeks travel mug is perfect for keeping your favourite hot beverages warm. The travel mug is 16oz in capacity, is double walled for added insulation, and is made from silver stainless steel. it also has a silicone sleeve with an embossed Mr Meeseeks design, making it a great gift for lovers of the cult TV show.

The Mr Meeseeks Travel Mug is an officially licensed Rick and Morty product.

Not a Travel Mug

Looks good, feels good but in no way is this a travel mug. Leaks from the slider so it must be kept upright at all times. Makes this travel mug just slightly more useful than a regular mug.