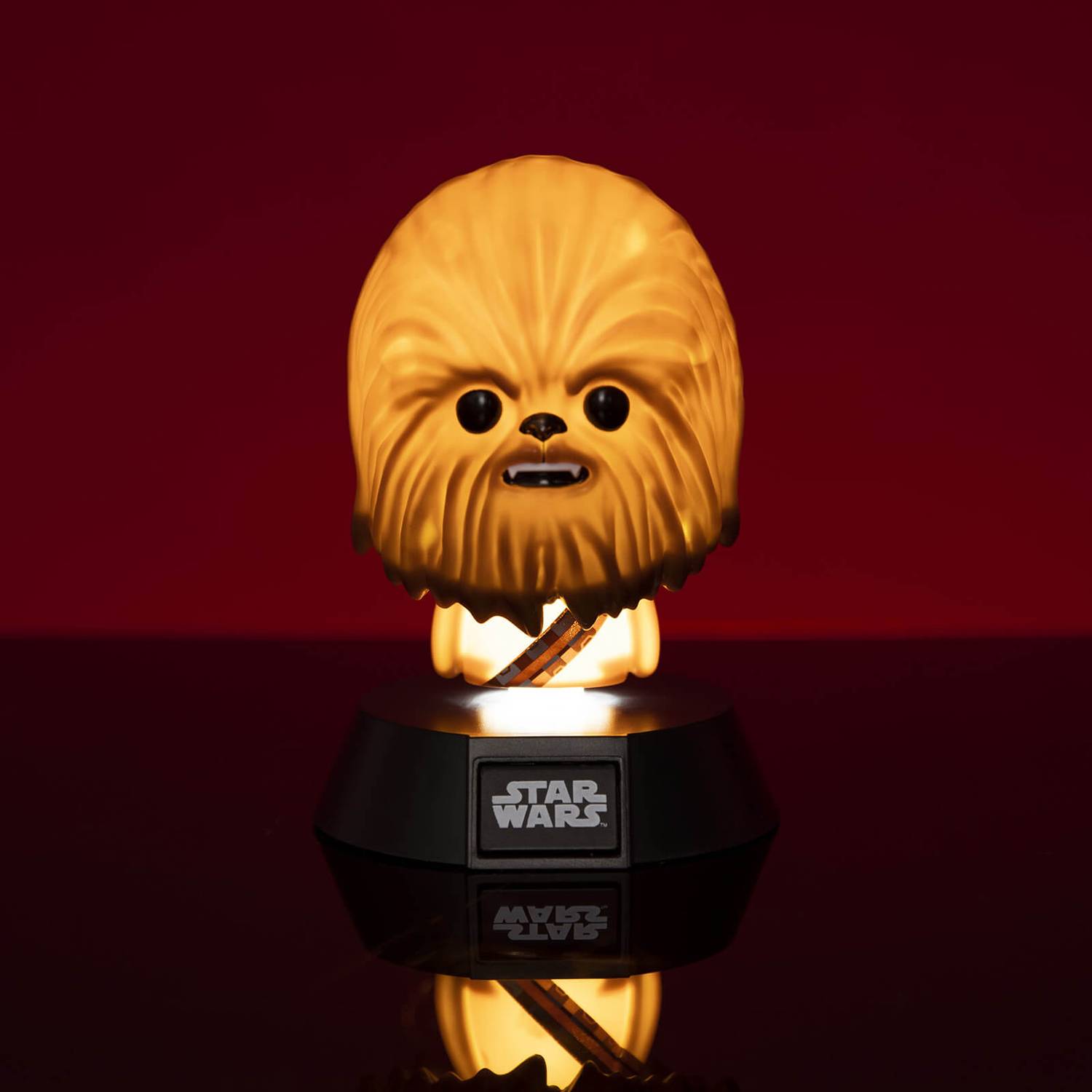 Allow everyone’s favourite Wookie to keep you safe at night with this fun and adorable Chewbacca Icon Light.

A wonderful piece of Star Wars memorabilia, this lamp works nicely on your bedside table, in your study, or on the shelf in a games room. The 3D figure of Chewie himself, lights up when the lamp is switched on.

The Chewbacca Icon Light stands at 10cm tall and is placed on a black base that features the iconic Star Wars logo. It is also battery powered, needing two AAA batteries to work.

Chewie has so much nostalgic value, making this cute lamp a great gift for lovers of the original Star Wars trilogy, as well as fans of the new movies.