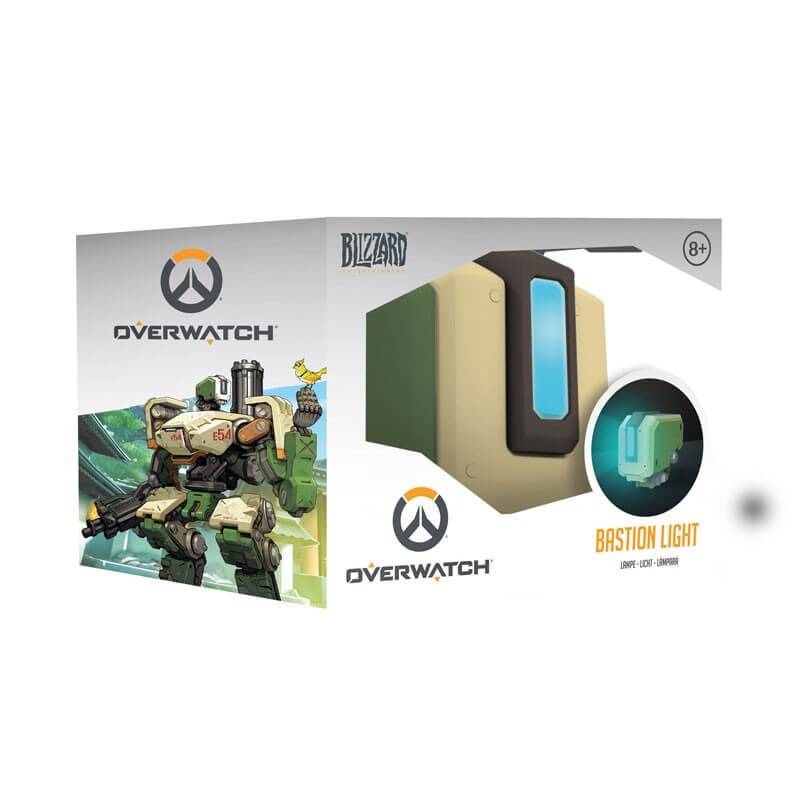 Brighten up your bedroom or games room with this fun and stylish Bastion Head Desk Light.

Bastion is one of the heroes in the hugely popular video game Overwatch. Able to switch between stationary Sentry, mobile Recon and devastating Tank configurations, Bastion is a popular hero with a high damage output.

This USB powered light stands at approximately 12cm tall and is in the shape and design of Bastion's head, making it an ideal gift for lovers of Overwatch and video game fans in general.

Overwatch is a team-based multiplayer video game released in May 2016 for PlayStation 4, Xbox One, and Windows. Developed and published by Blizzard Entertainment, this first-person shooter game assigns players into two teams of six. Each player then selects a role from a group of over 20 characters, known as 'heroes', before battle commences. In its first year of release the game made over $1 billion in revenue and after two years more than 40 million people were playing it. Overwatch is also considered to be one of the greatest video games of all time, having won a number of prestigious accolades over the years.

This product is made using BDP which stands for Breakdown Plastic - an organic additive that helps plastic decompose at landfill.