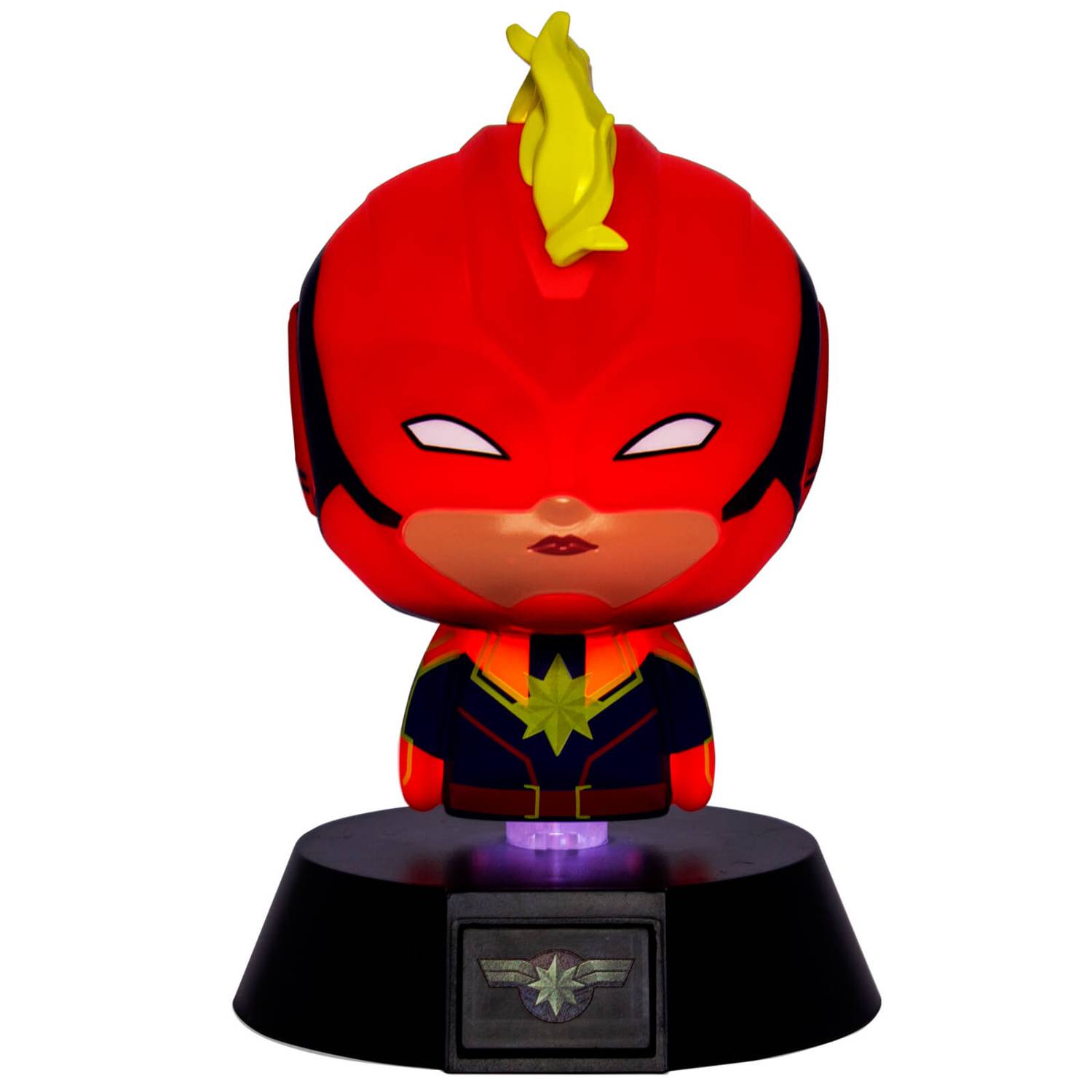 Get your hands on this fun Captain Marvel Icon Light and have your favourite super hero by your bedside at all times to keep you safe and sound.

This fun light has a 3D cartoon Captain Marvel design, with the hero herself standing on a black base featuring her famous logo.

Ideal as a gift for lovers of comic books and Captain Marvel movie fans, this light works nicely as a birthday or Christmas present.

The light is 10cm (4) tall and is powered by two AAA batteries, that are not included.