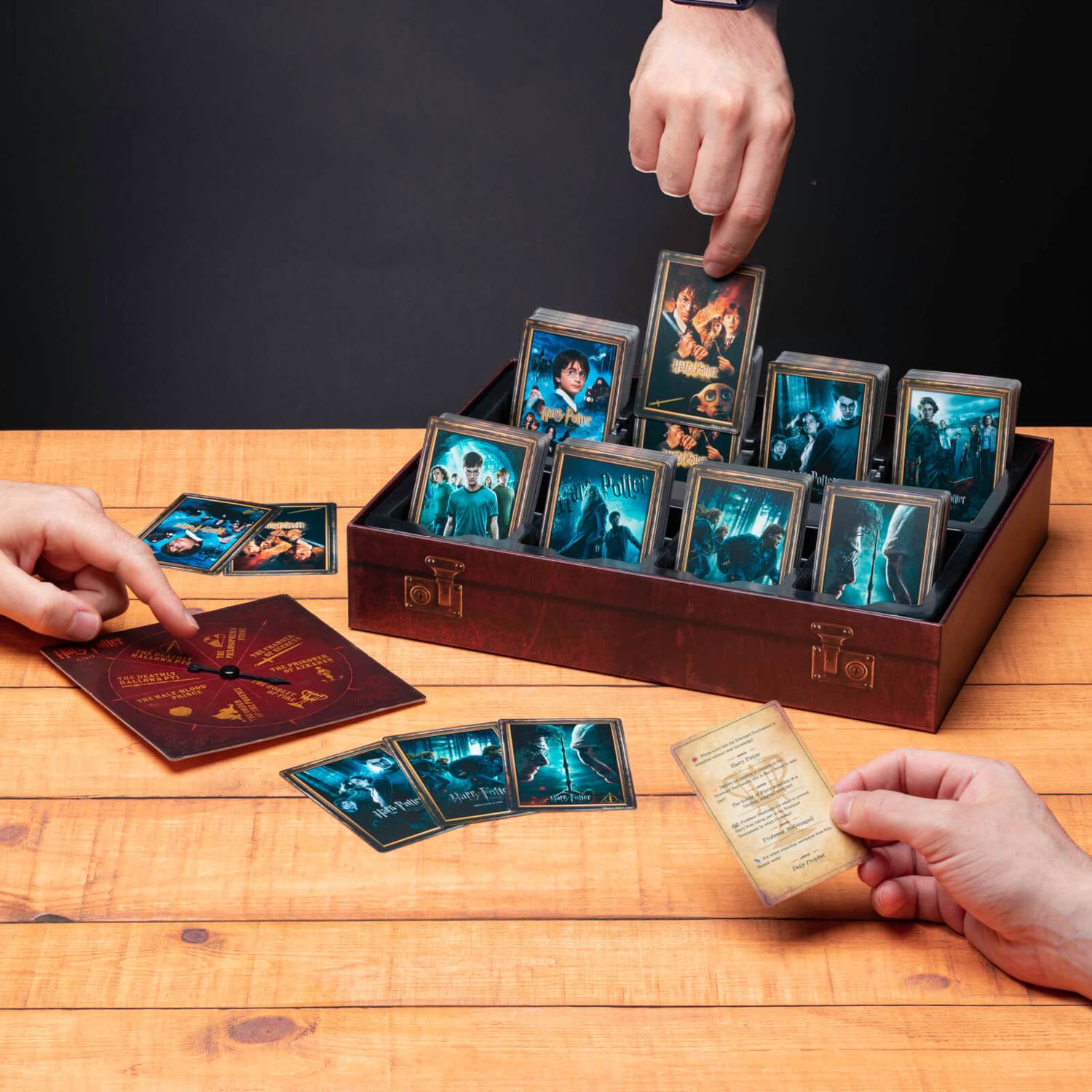 Containing 1,600 question cards, each question comes supported with its own piece of additional information about the topic (and of course the answer), allowing you to learn new facts as well as challenge your existing knowledge on Harry Potter lore.

Be the first of the challengers to collect a full house of 8 movie cards—one for each film release—and claim your spot as reigning champion. The Triwizard Tournament is a mere triviality compared to the glory that awaits here!

Harry Potter changed the movie scene forever when Harry Potter and the Philosopher’s Stone first hit cinema screens in 2001, and it has since become a perfect example of a book adaptation done right, bringing author J.K. Rowling’s critically acclaimed novels to life in a way that conveyed all the nuance and wonder previously limited to written form.

Featuring a range of instantly iconic moments and an expansive cast of eccentric personalities, people the world over were delightfully tethered to this franchise from day one...

And now, this is the ideal opportunity for you to gather your closest Potterhead friends and family in one room for an evening of magical immersion and unequivocal fun.

Simply don the Sorting Hat and select the house which best represents you, from Gryffindor, Hufflepuff, Slytherin, and Ravenclaw.

With these Harry Potter quiz questions, you can now uncover who among you is the rightful claimant to the title of ‘Ultimate Harry Potter Movie Quiz Master’.

I’ve read the books repeatedly and saw the films, but only once. Didn’t twig, though I should have done, that questions are all about the films, not the books (duh, read the title of the game, stupid) and there are significant differences, eg Snape died in the Shrieking Shack in the book, but in the boathouse, which doesn’t even feature in the book, in the quiz. If you are a fan of the books more than the films (movies) you will get very frustrated with this game, being told your answers are wrong and they would be correct in the book.

Must have for potter fans

The best game for all Harry Potter fans , we was playing for a good hour 4 of us , very competitive for true potter fans to see who knows the most! Highly recommend.

Perfect, got as a gift for a friends birthday, and she loved it, she loves all things Harry Potter so pretty much has every other game Was nice to find one she didn’t have.