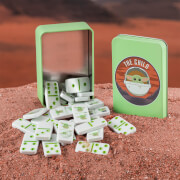 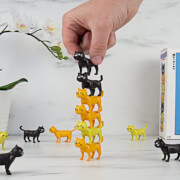 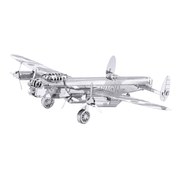 The Money Maze is an infuriating yet ingenious take on the traditional money box, with the bonkers design being a spendaholic's idea of hell.

To release those shiny coins and crisp notes, the 'victim' must use their spatial intelligence to navigate the labyrinth and guide the ball bearing to its resting place in order to release the latch. Once the latch is released, the well earned money is finally yours to spend on whatever you wish.

If you're feeling extra cruel, hide some gift vouchers in the money box and hand it over to the lucky recipient. Although we can't promise they'll be buying you a present in return after you've subjected them to that kind of mental torture. - L.M.

The Money Maze is the ideal way for you or your children to save money. It's not as easy as you may think to complete the maze and open to retrieve your savings. Great puzzle for kids.

My step son loves this so much. He has had hours of fun with it trying to get his money out. It's a great way for them to save.

Money Maze is an achievable puzzle but different every time. Great way of giving you time to think if you really do want to spend the money in the box.

I bought the Money Maze for my granddaughter so that she could save for her driving licence! I think it's great, a real mind bender. I just hope she's as keen to put money in as she is in spending hours trying to get it out! Without a doubt, a good buy.

The Money Maze feels a little flimsy and may not survive the attention of frustrated children. It's solvable in about ten minutes on the first go.

The Money Maze makes a fantastic present. I bought this for my grandson and put a £20 note inside. It was brilliant watching him try to get it out!

Money maze - 2 gifts in one

The great thing about the Money Maze, is the fact that it's two gifts in one. You can put so many different things in it: cash, vouchers, scratch cards and more. My teenage son and husband loved their stocking fillers, and the fact that it was a puzzle with a gift inside and reusable. Great place to put your car keys too if you don't want anyone to use it! Excellent.

This Money Maze arrived in perfect condition, and within time. I was going to give it to a 9 year old but I think an 18 year old is going to have more fun with it. I am not sure the 9 year old will have enough patience. The 18 year old won't either, but he will have no excuse.

I got this for my husband's birthday - I thought it might help him save money and stop spending it on sweets! First of all, I had a go to see if I could open it, expecting it to take ages, and for me to get quite annoyed with it, but I opened it within 2 minutes! I'm not sure if that was skill or dumb luck though... My husband's birthday isn't just yet, so he doesn't know what I've got him, but I expect he'll be pleased. It's a great gift that you can give to anyone.

I gave it to a friend of 11 years, who is a whiz at puzzles and tricks, and it took him maybe 20 minutes to access his "real" gift of 20 pounds out of the box! So I won, I feel. Highly recommended product.