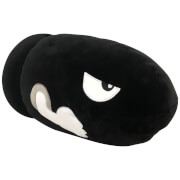 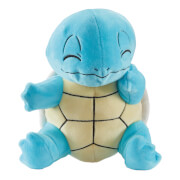 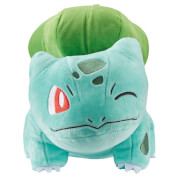 A long time ago in a toy factory far, far away lived five of the coolest cuddly toys the galaxy has ever seen.

Everyone's favourite Wookiee has been transformed into a miniature version of himself, you can't deny how incredibly cute and cuddly the Talking Chewbacca is.

The perfect co-pilot to have whilst the Galactic Wars rages on between the Empire and the Rebel forces. At 9" tall, Chewbacca has never been so small but none of his strengths have been diminished through his shrinking process.

Let Talking Chewbacca be your brave and loyal sidekick.

Bought this as a stocking filler for my Star Wars mad son. He LOVED it but by the afternoon the battery had already died and Chewbacca was no longer roaring. My husband went to replace the battery but there is no way to access it so essentially less than 12 hours after being unwrapped it's ready for the bin! Cheap tat of the highest level - can't believe that IWOOT is actually selling these.

Bought this as a stocking filler for my Star Wars mad son. He will love it. very good value for money and well made. Cant wait to see his face at xmas

The Star Wars Talking Chewbacca - 9 Inch is really good quality, and the size is exactly how it's described!

I love this Star Wars Chewbacca product and it was so good as a present. It's great quality and I would recommend it to anyone.

Awesome. Only word for it.