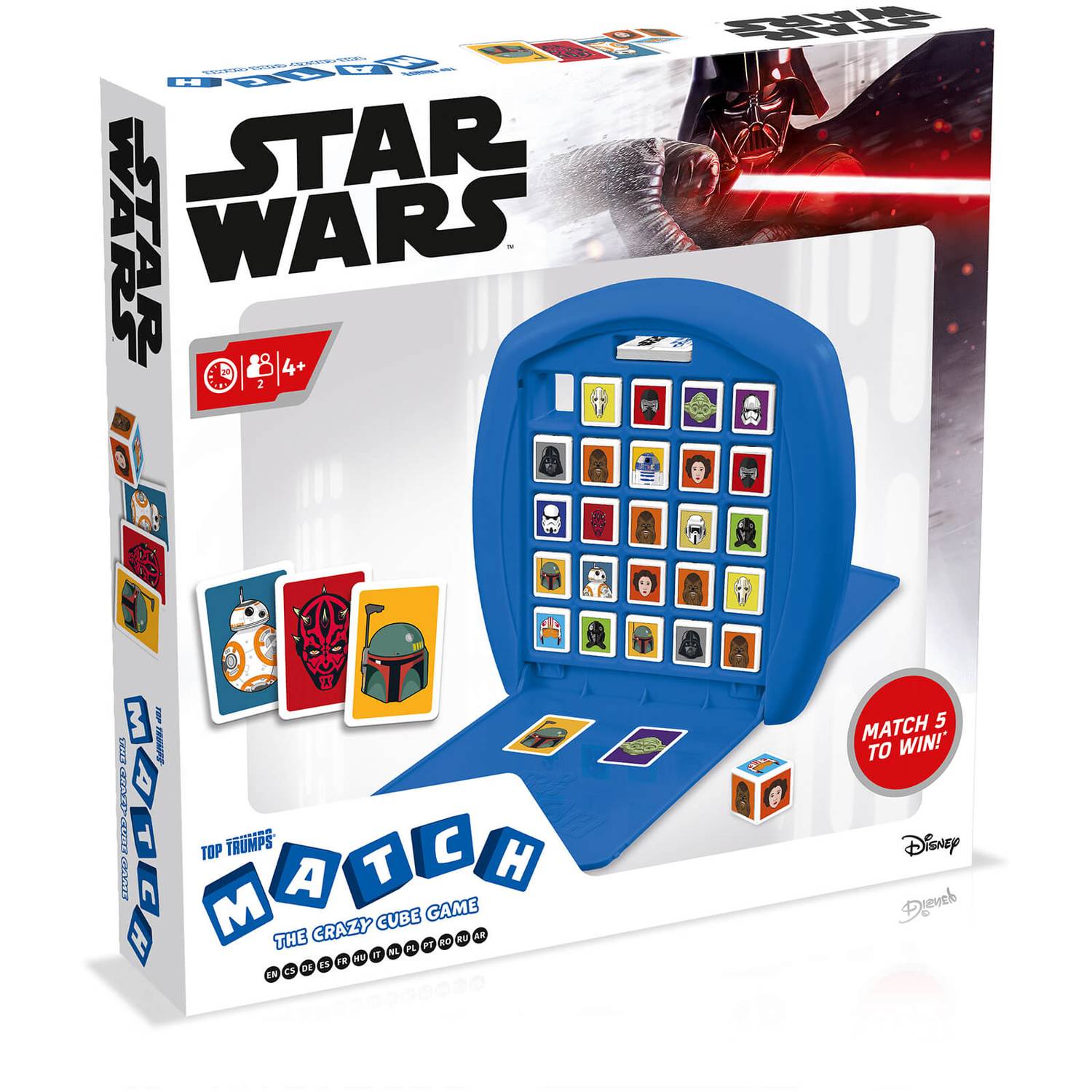 The Crazy Cube Game goes galactic with this brand new Star Wars edition of Top Trumps Match. Channel the Force, and be the first to line up five of your favourite Star Wars Skywalker Saga characters in a row. There are 15 characters to choose from, including heroes like Leia Organa, Chewbacca, Yoda, BB-8 and R2-D2, and the villainous Darth Vader himself.

Take it in turns to knock out a cube and replace it with a new one. Only a true Jedi will be able to disrupt their opponent’s line and complete their own at the same time. But watch out: if your opponent’s Top Trump card matches your line, they steal the win for the Dark Side!

This officially licensed game contains striking artwork and an array of classic characters like Darth Maul and General Grievous. The all-in-one easy carry case makes the game simple to tidy away and play on the go. Perfect for your next TIE fighter voyage to a faraway galaxy!