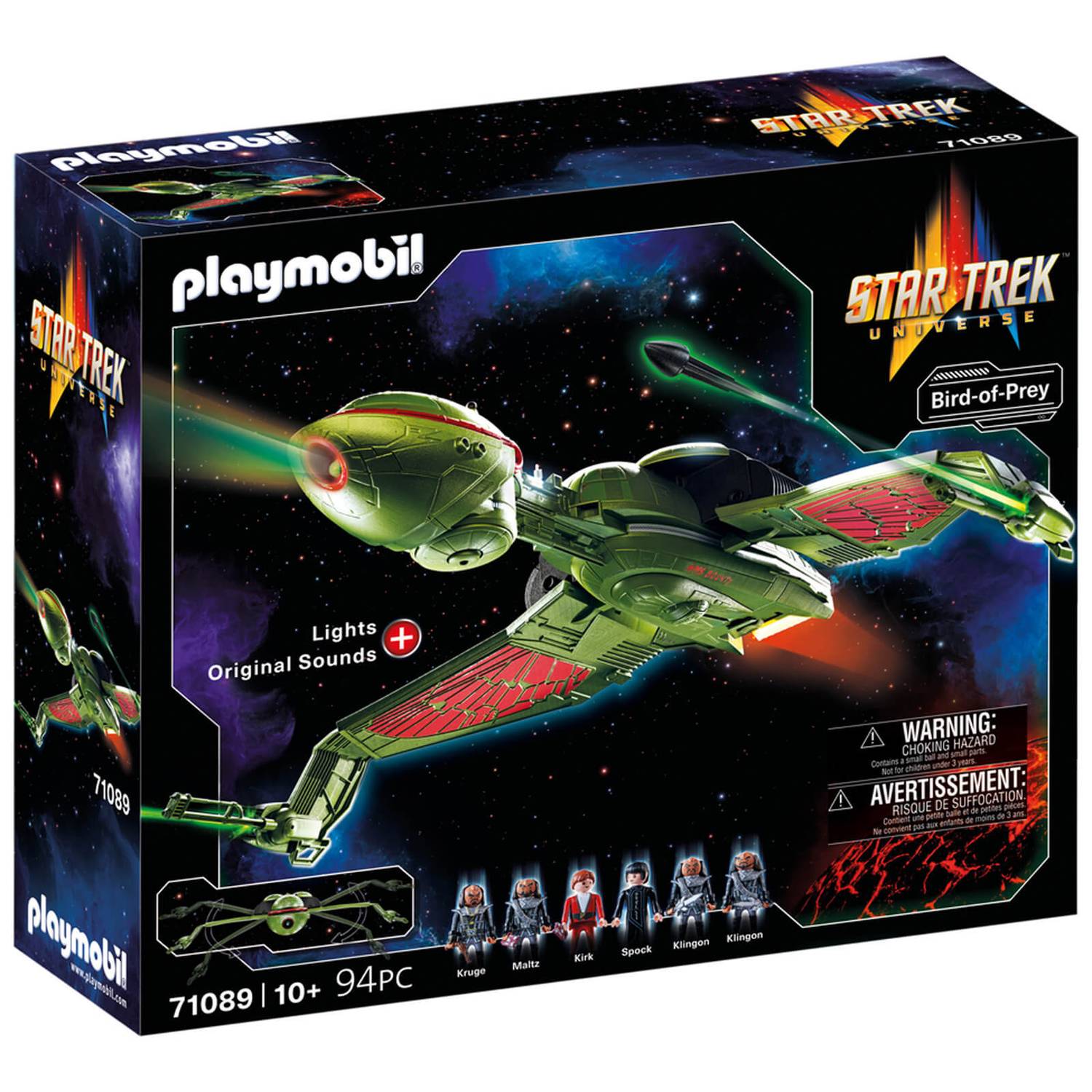 Beam me up Scotty! A true collectors item for fans of the science fiction franchise. The Bird of Prey features movable wings, a variety of sounds and has space in the cockpit for two figures. You can even change discs to show different pictures on the screen inside the cockpit.

The Bird of Prey sits on a platform above a rock base which is in the shape of the Klingon empire logo and represents the genesis planet from the movie Star Trek III. Furthemore, Captain Kirk, Young Spock and four members of the Klingon Crew are included.