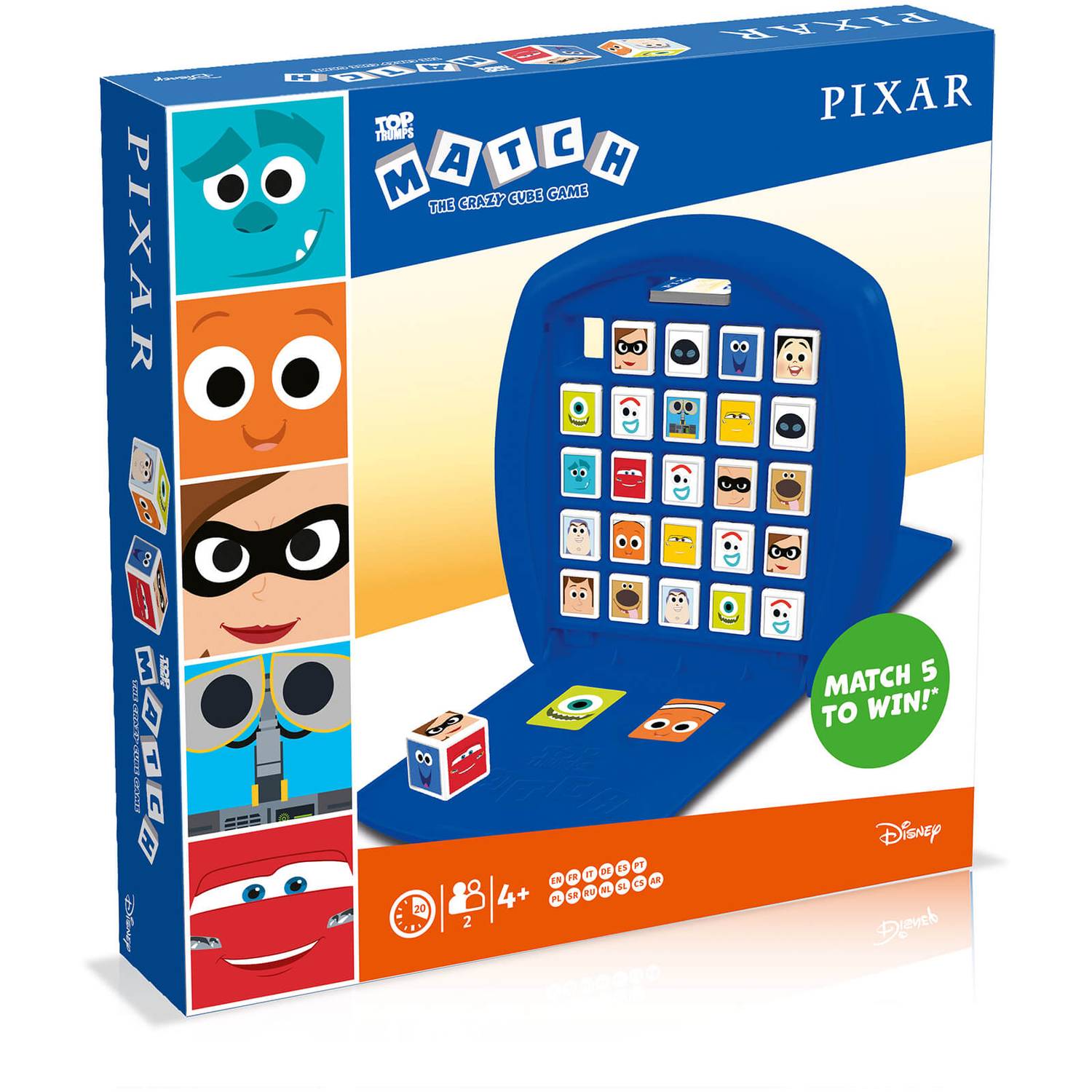 Pixar is responsible for some of the most thrilling adventures, beloved characters and stunning 3D animation in movie history. Now you can battle it out with a friend as you try to match five in a row of these amazing characters in Pixar Top Trumps Match.

Play with 15 different characters like Mike and Sulley, WALL-E and EVE, Buzz, Woody and Nemo as you compete to make a line of five before your opponent. Push in one cube to knock out another, build your own line and disrupt your opponent’s line at the same time.

But watch out, if your opponent’s card matches your line, they can steal the win! With 25 cubes and a pack of 15 character cards, the entire game is easy to tidy and store thanks to the all-in-one carry case. It’s time to relive some classic animated adventures and own a little piece of cinema history with Pixar Top Trumps Match.