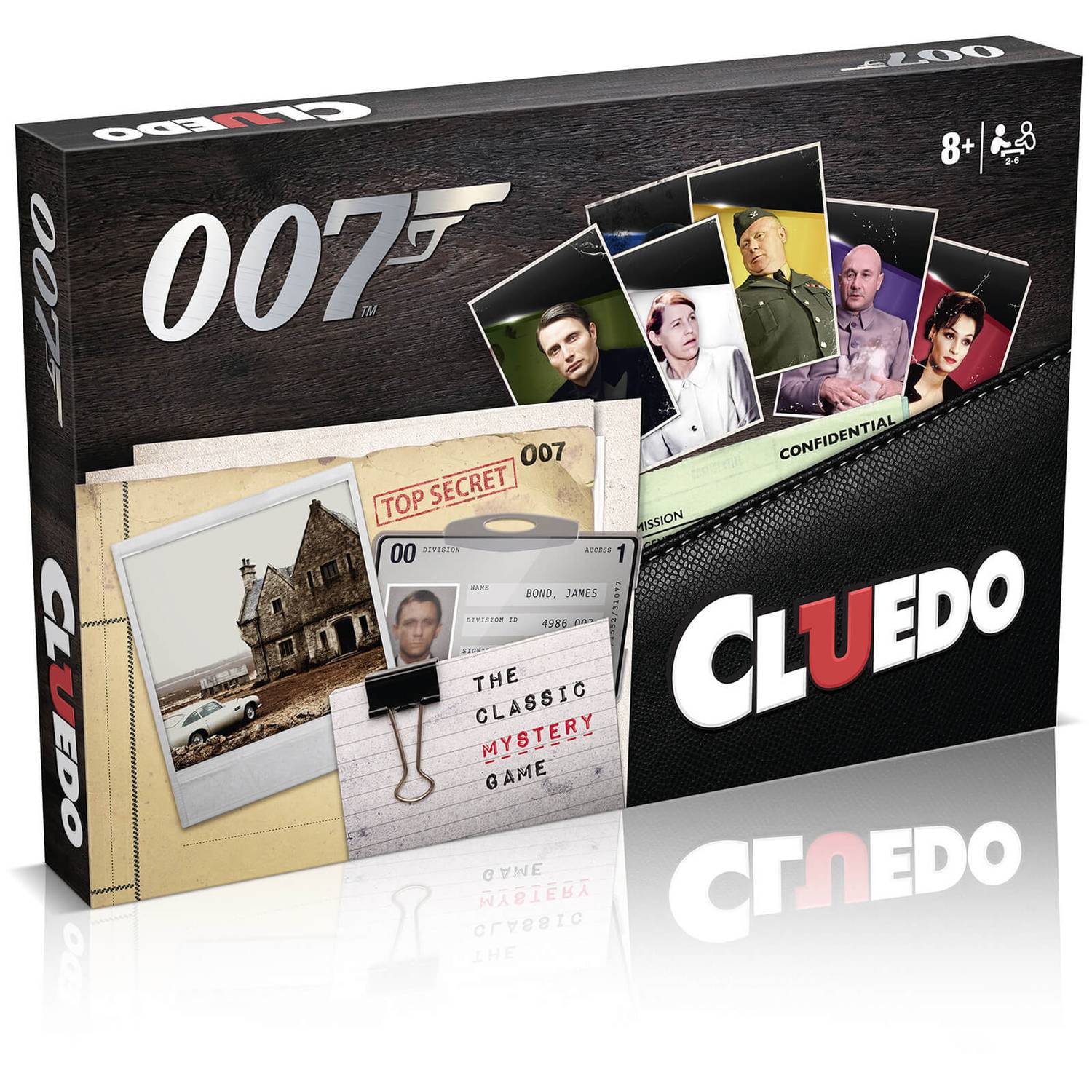 MI6 have received a secret message from a mysterious source. A 00 agent has been eliminated and it is up to James Bond and his allies to travel the world to identify the culprit, the weapon used to defeat the agent and the location in which the crime took place. Play as 007, Moneypenny, Q, M, Tanner or Felix Leiter and use your skills to solve the mystery. With locations, villains and six bespoke weapon tokens from over 50 years of 00 action, it’s your chance to take on a mission. Travel around the board and ask the right questions to eliminate evidence. Was it Rosa Klebb with the Golden Bullet in Casino Royale? Or could it have been Xenia Onatopp in Atlantis with the Mechanical Arm? The answer is For Your Eyes Only. Grab a SPECTRE card for a tactical advantage or potential penalty, and keep those case notes out of sight of your fellow agents, as you compete to be the first to solve the crime in this thrilling new version of the classic mystery game, CLUEDO.