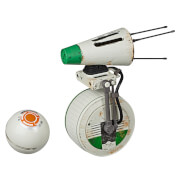 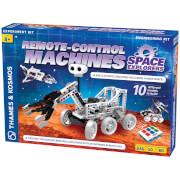 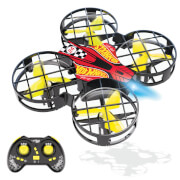 This remote-controlled D-O toy rolls forward and backward, performs fun 360-degree spins, and makes expressive droid sounds as kids ages 5 and up lead D-O into imaginary adventure! Control the galactic action with the remote control and watch as D-O’s head bobbles in any direction -- back, front, and side-to-side! With the interactive remote-controlled D-O droid toy, boys and girls can imagine joining in on the action and adventure of the Star Wars saga!

May the Force be with you!

Star Wars products are produced by Hasbro under license from Lucasfilm Ltd.
Hasbro and all related terms are trademarks of Hasbro.

Warning: Small parts may be generated. Not for children under 3 years.