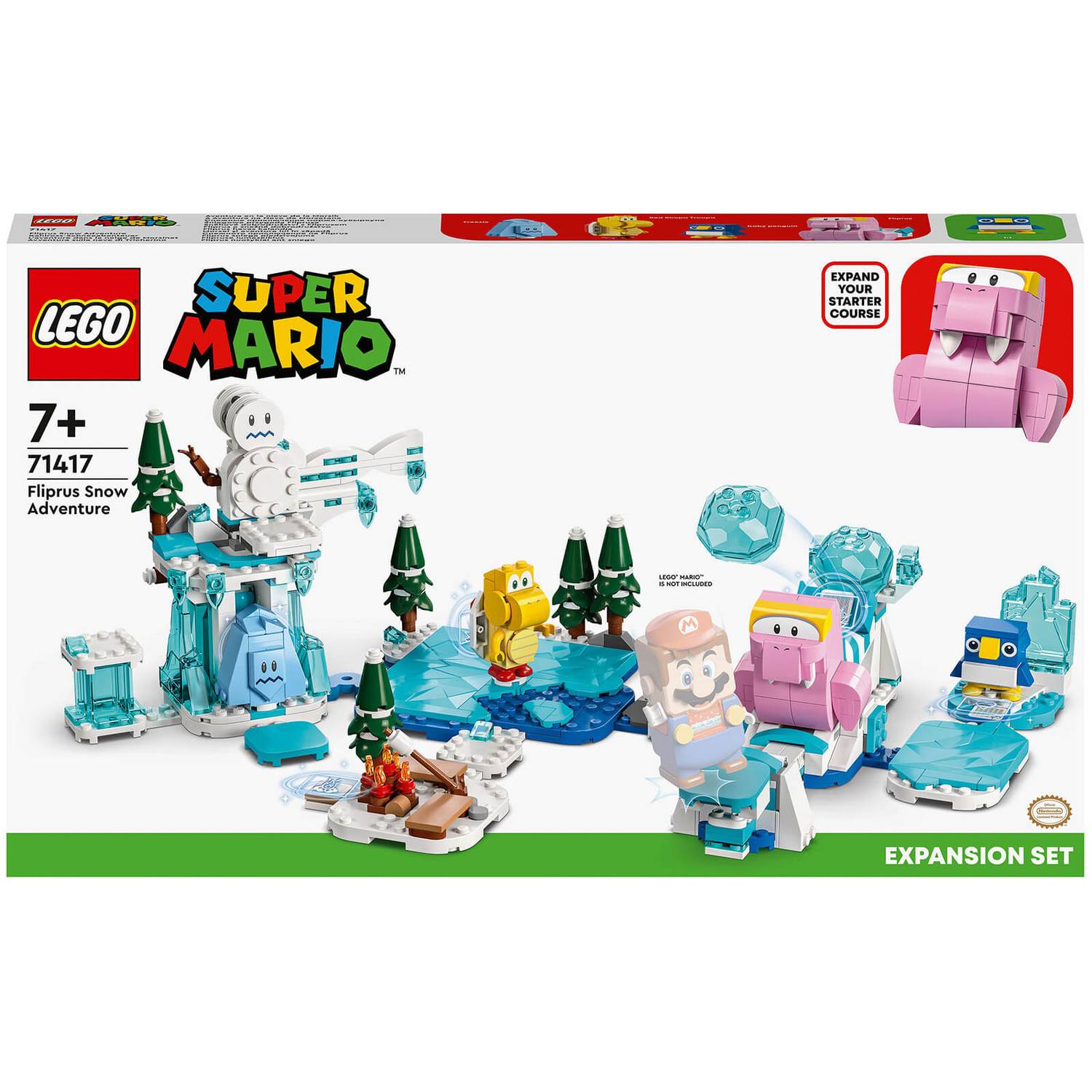 Players earn digital coins for helping their LEGO Mario, LEGO Luigi or LEGO Peach figures (not included) skate on ‘ice' to defeat a Red Koopa Troopa, Freezie and a Fliprus Super Mario figures, then warm up by the ‘fire' and give a hidden fruit element to the toy baby penguin as a gift. (Note: the 71360, 71387 or 71403 Starter Course with a LEGO Super Mario interactive figure is required for play.) Download the LEGO Super Mario app for building instructions, plus inspirational ideas and other cool stuff to make kids' creative experiences even more fun.

This collectible Super Mario building toy playset makes a top gift for trendsetting kids aged 7 and over. LEGO Super Mario Starter Courses and Expansion Sets allow fans to expand, rebuild and customise their own levels for hours of coin-collecting play.