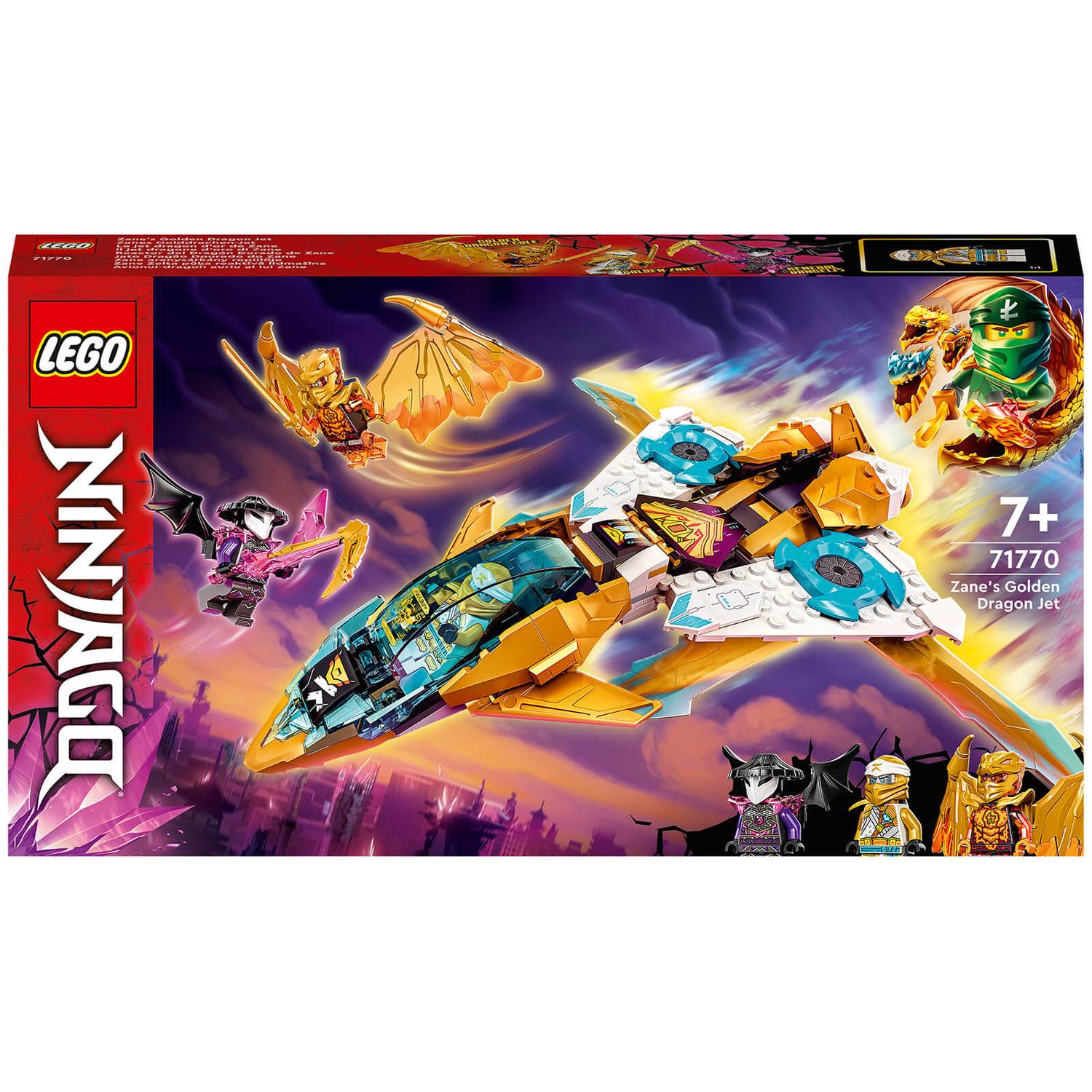 The impressive NINJAGO jet features a cockpit to place ninja minifigures, plus extending golden wings that make the toy plane look like a flying ninja star. This ninja building set includes 3 NINJAGO minifigures: Golden Dragon Cole, with a pair of golden dragon wings adorned with spikes, Golden Zane and General Vangelis plus weapons: 2 swords, ninja stars, 2 scythes and more. Cole’s elemental golden scythe weapon has been captured by evil General Vangelis and kids need to win it back! Little ninja get ready for battle by transforming the toy plane into golden dragon mode and extending the wings so it looks like an awesome flying ninja star. Only they can stop NINJAGO City from being infected with harmful crystals!

LEGO NINJAGO sets transport kids into a thrilling world of fantasy action where they can team up with Cole, Kai, Nya and all the ninja crew to take on a dangerous cast of villains and play out adventures with an extensive collection of mechs, cars, dragons and temples. This toy plane set makes a great birthday or Christmas gift idea for kids 7+ years old.