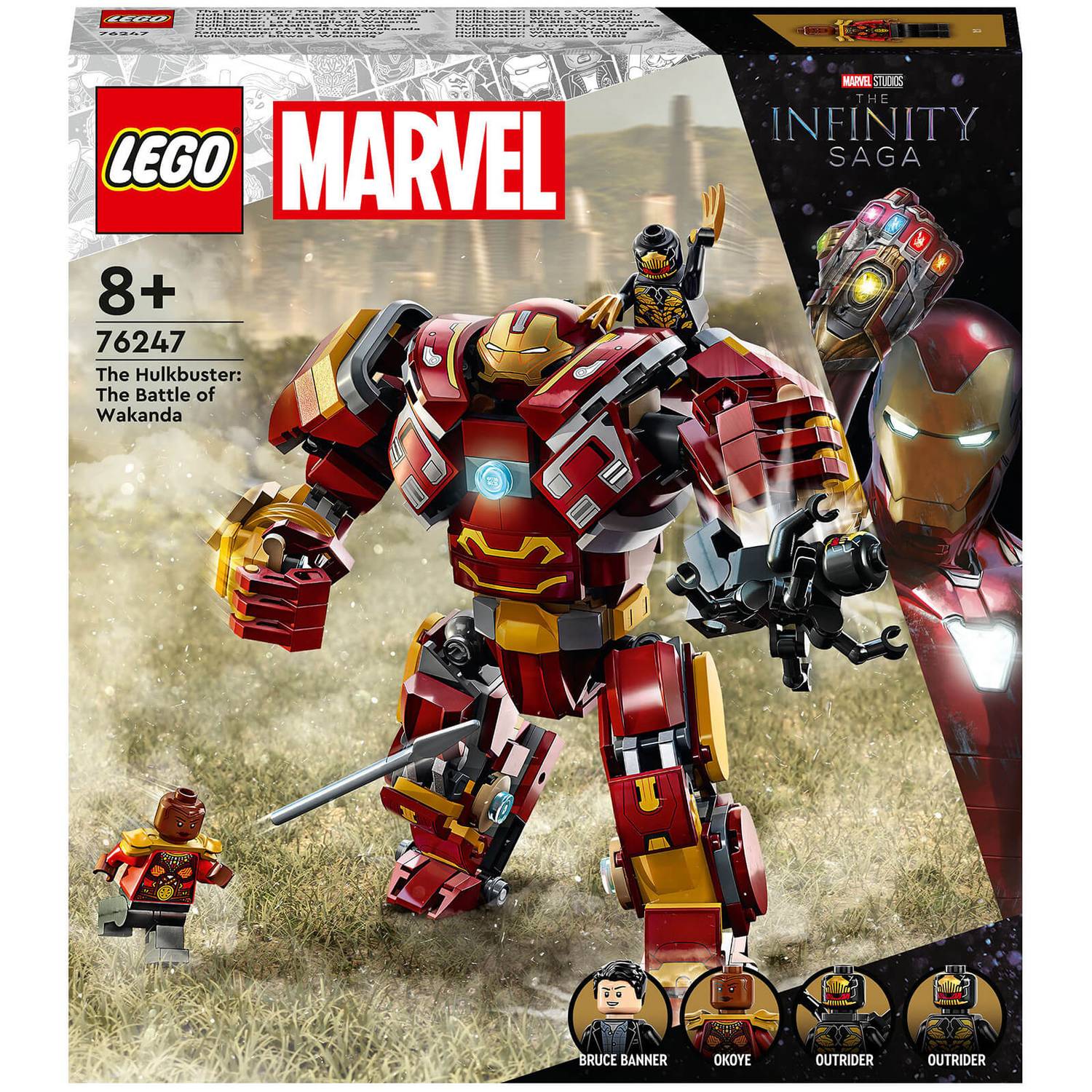 LEGO Marvel The Hulkbuster: The Battle of Wakanda Set (76247)

Based on a scene from Marvel Studios' Avengers: Infinity War, this versatile action figure playset features a buildable Hulkbuster mega suit, which has multiple articulations so kids can move, position and pose the mech with ease. Locked knee joints provide excellent stability, and an opening cockpit reveals space for the minifigure pilot. There are 4 minifigures included in the set: Bruce Banner, Okoye and 2 outriders. The head of the Bruce Banner minifigure rotates to show him ‘turning green'. Okoye carries a spear. For added digital fun, the LEGO Builder app features intuitive zoom and rotate tools that let kids visualise their Hulk buildable toy as they build.

Encourage imaginative play with this LEGO Marvel Avengers buildable toy for kids aged 8 plus years old, with cool characters and authentic accessories that bring the iconic super heroes to life.

This portable mech action figure stands over 5 in. (15 cm) tall