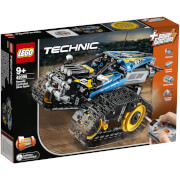 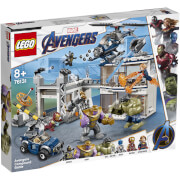 Join the LEGO® City Sky Police force and be part of the high-flying action! Hey, what’s going on in the city square? Where did that drone come from and why is it hovering around the statue? Wait a minute, that crook is trying to steal it! Call in the police helicopter and fire the net shooter to catch the crook and his drone before he escapes with it. It's another exciting day in LEGO City!