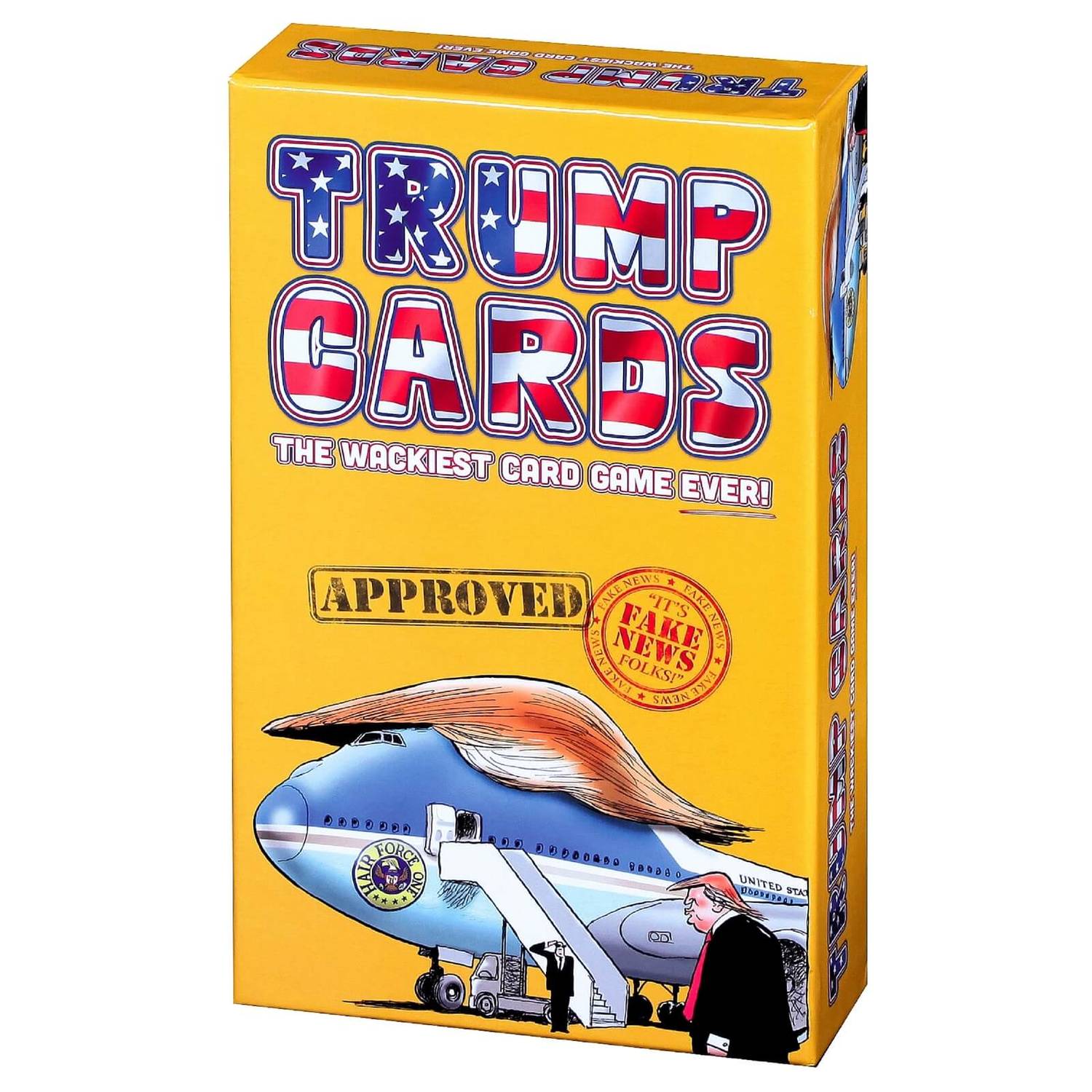 Is it “fake news, folks!” …or did he REALLY say it? Trump Cards is the hilarious game where players have to guess Trump fact from fiction. If you think Trump really said it then play your ‘Approved’ card. If you think it’s fake news then slap down your ‘Fake News’ card. It’s that simple! For 2 to 10 players.