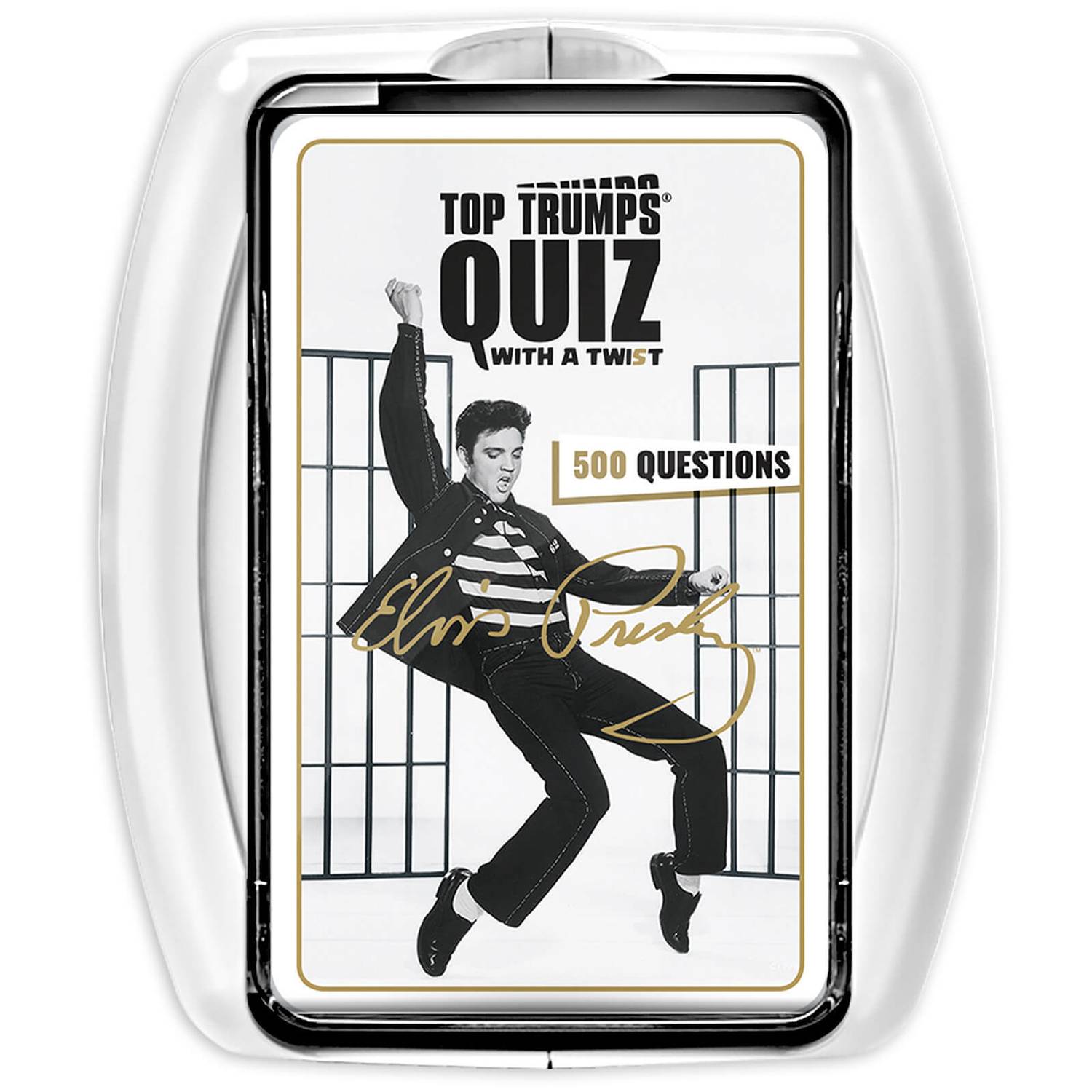 When he was born on January 8, 1935 in Tupelo, Mississippi, nobody could have guessed that Elvis Aaron Presley would go on to become one of the most celebrated and idolised musicians of his era, and a pioneer of genres such as blues, rockabilly, rhythm and blues, country and, of course, rock and roll. The King of Rock ‘n’ Roll recorded hundreds of tracks in his lifetime and released dozens of albums, and this special edition of TOP TRUMPS QUIZ celebrates and catalogues all of his incredible achievements in trademark TOP TRUMPS style. Featuring 100 question cards with five questions on each card, you will explore categories including lyrics, movies, album names, awards, documentaries and much more besides. Any idea what Elvis’s parents bought him for his 11th birthday? Do you know when he was inducted into the Country Music Hall of Fame? Think you can remember what Elvis’s favourite sandwich was? The King sure was an interesting character, and the truth is often stranger than fiction. But will you be left scratching your head, or dancing the Jailhouse Rock? It’s time to draw a card and find out. Thank you very much!