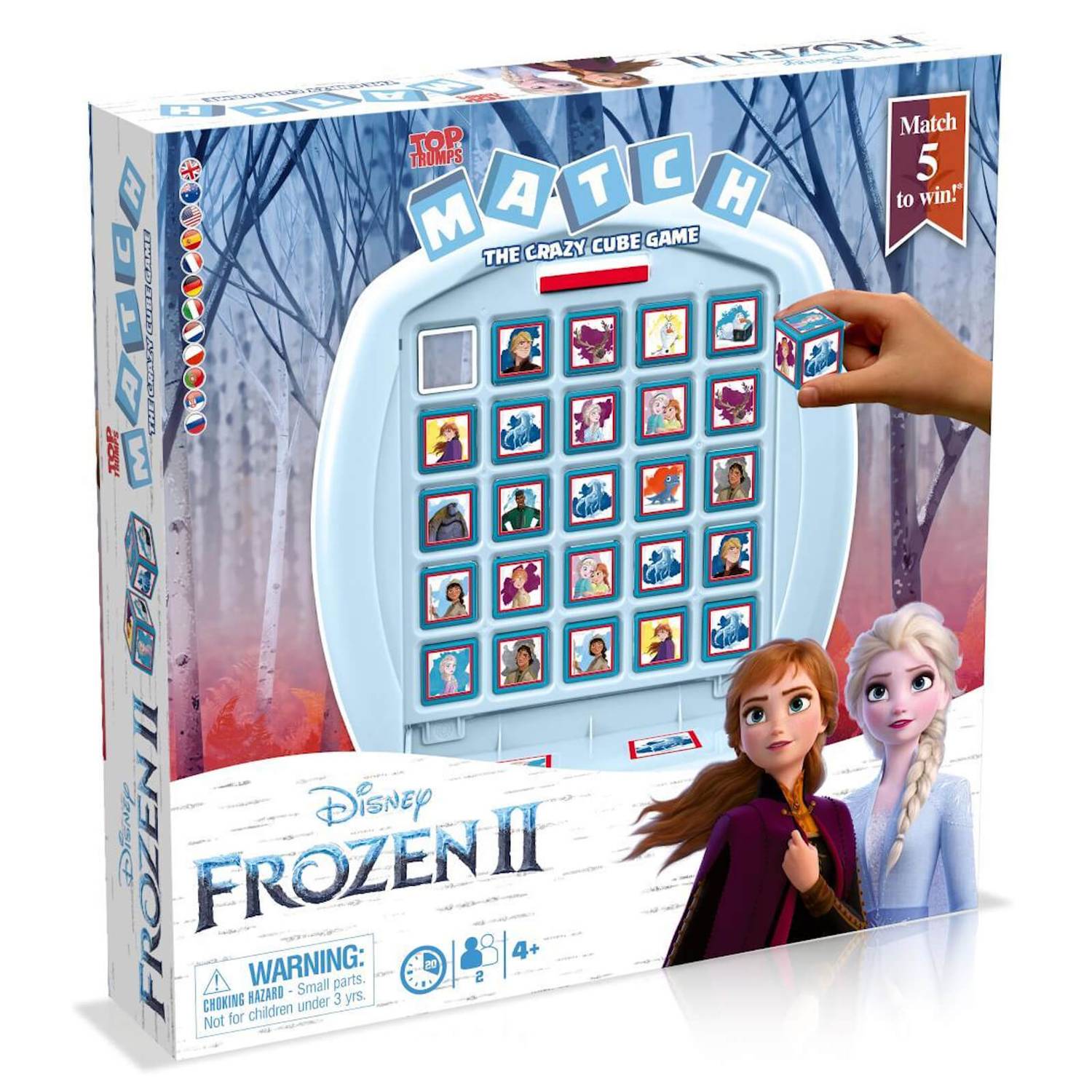 Take a trip back to the magical land of Arendelle and see if you can be the first to match five in a row in this new Frozen 2 edition of Top Trumps Match! With beloved characters from the movie, including familiar faces and all-new friends, see if you can make a line of five matching pictures without your opponent knocking them out and taking the lead. This set includes 25 unique character cubes with all your favourites like Kristoff and Sven, 15 character cards with official artwork from the franchise, and a sturdy plastic game grid that folds up and doubles as a carry-case. Take turns pushing out cubes and replacing them with your own in order to complete a row of five, but watch out - your opponent might just knock out one of your own cubes. So choose wisely in order to defeat your opponent - if you play well, they just might Let It Go!