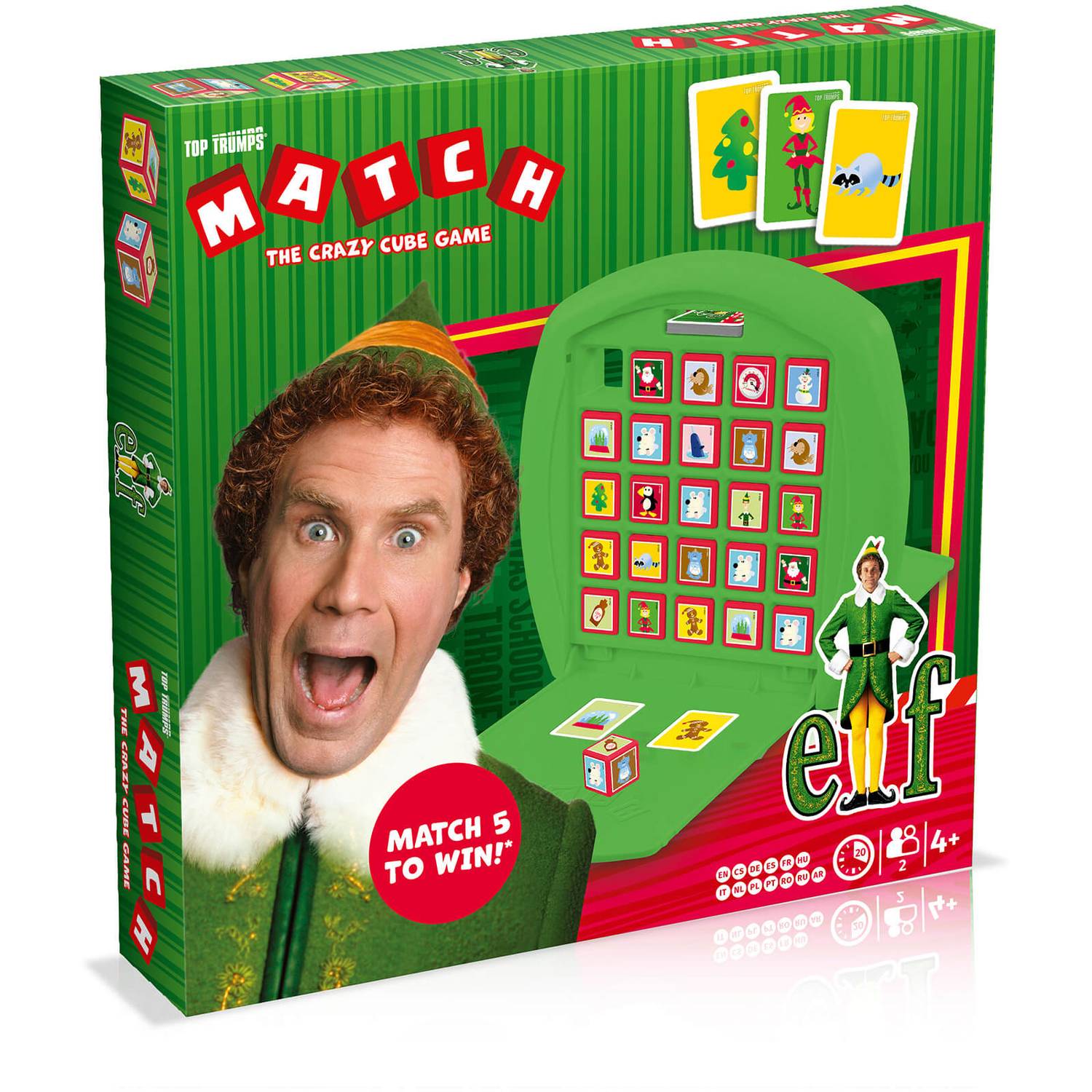 Join Buddy the Elf™ in the magical land of New York City, and relive his adventures as he explores new places, finds his father, and saves Christmas with Santa. Celebrating the classic holiday comedy, this brand new edition of Top Trumps Match: The Crazy Cube Game will have you trying to knock out your opponent’s cubes while lining up five of your own. Get five of the same cube in a row to win — but watch out! If your opponent’s Top Trump card matches your row, they snatch the match! The game contains twenty-five cubes featuring fifteen icons and images from the classic holiday movie, including Christmas candy, decorations, animals, the cheerful Jovie, and Buddy himself! The game comes complete in a handy carry case which makes tidying up easy. Take the game wherever you go — you might end up playing a round in Santa’s sleigh! Strap on those elf shoes and spread some Christmas cheer with this beautiful matching game. Just don’t forget to sing loud for all to hear!