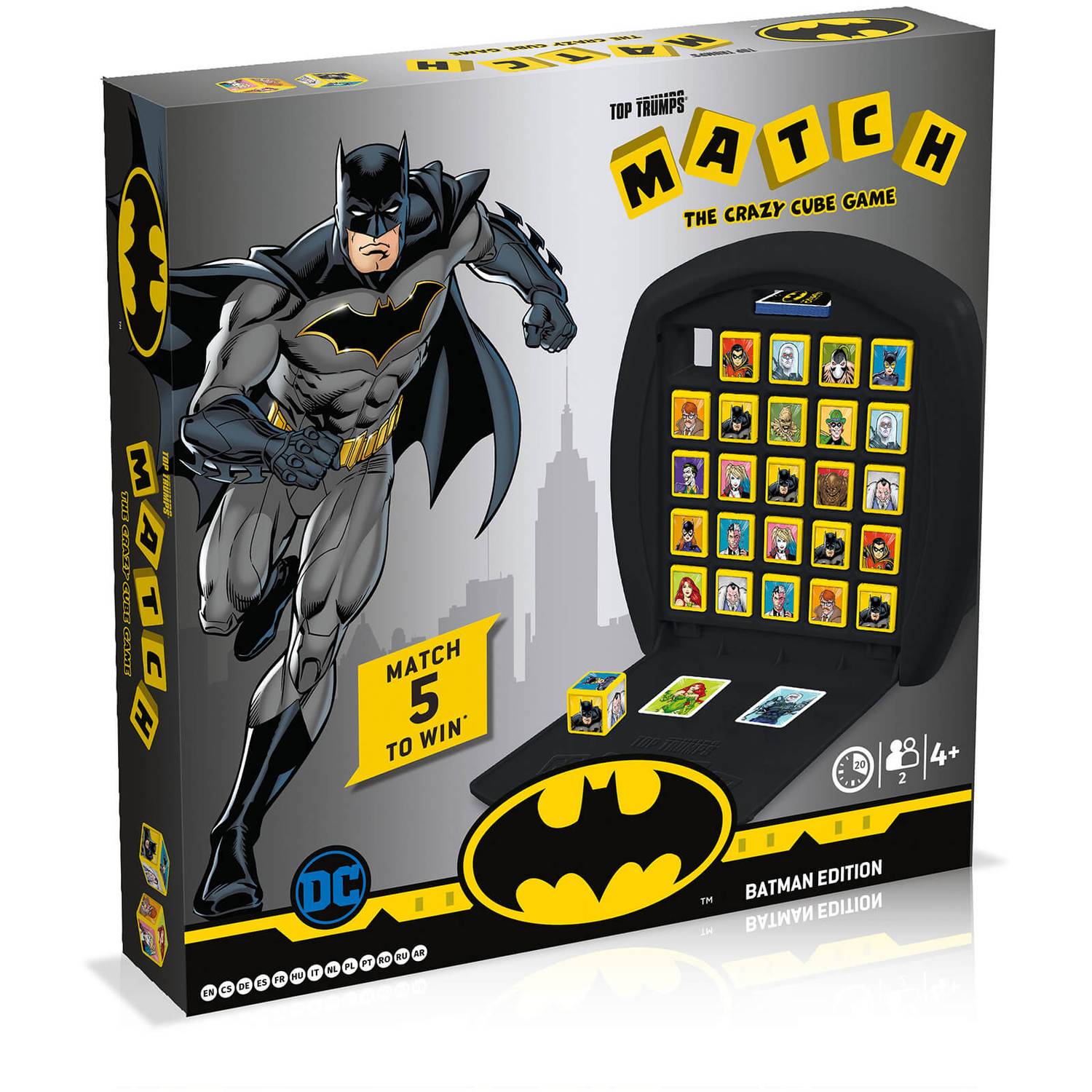 Start up the Batmobile because the Caped Crusader has another case to close! Time for you to don the mask of a hero and match five identical cubes in a row in this exciting new edition of Top Trumps Match: Batman! Think you can line up five of the same character in a row before your opponent can? Gotham City is depending on you. Join Batman, Robin, Catwoman, Riddler, Poison Ivy and the Joker himself in this super twist on the crazy cube game. Featuring iconic villains like the Penguin, Mr. Freeze and Batgirl, and heroes like Commissioner Gordon, compete for victory as you can knock out cubes to disrupt your opponent’s characters while lining up your own. But watch out for the twist: if one of your opponent’s Top Trump cards turn out to match your row of five, they steal the win. Relive one of the most gripping and revered DC Comics universes of all time, and try to snatch their match before they snatch yours.