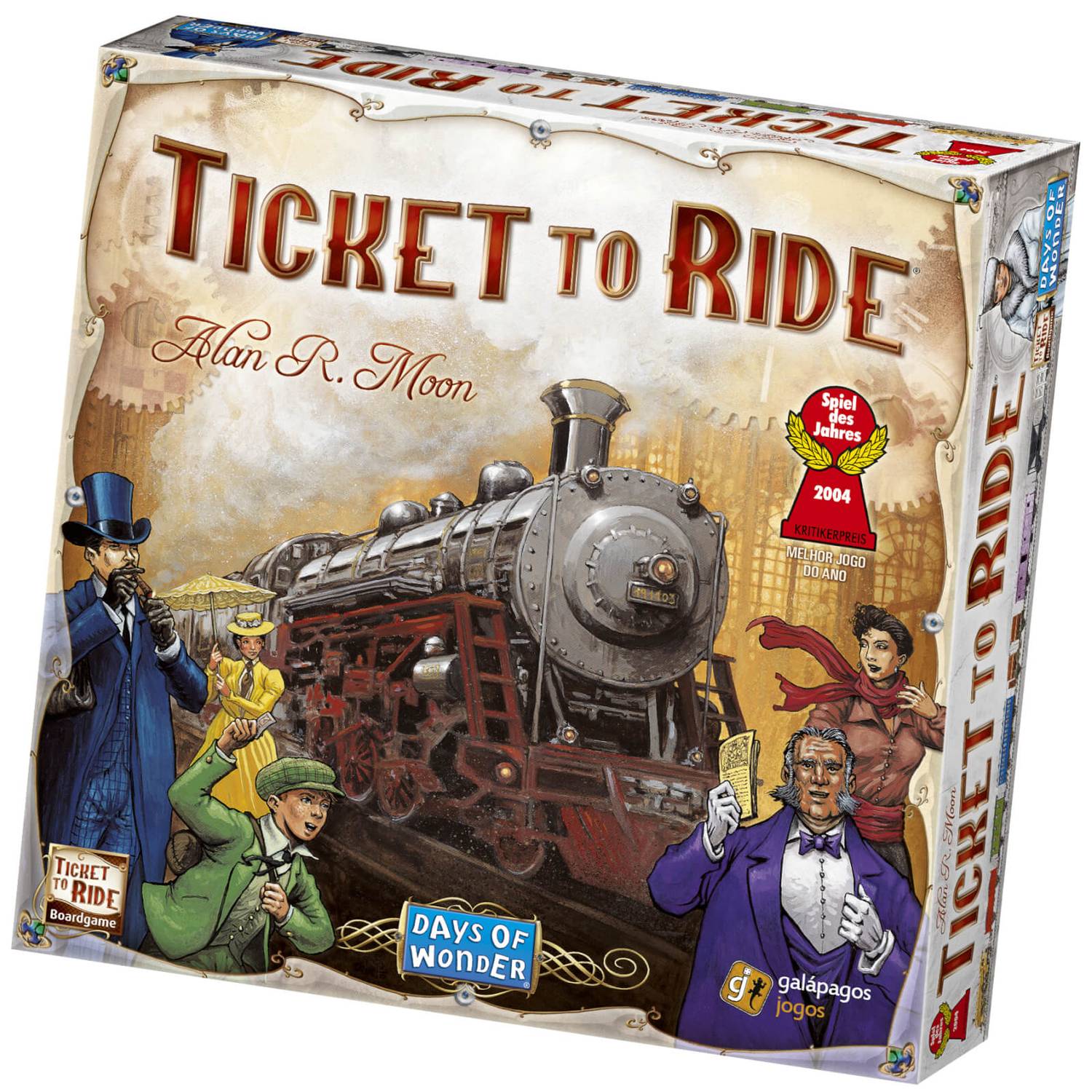 A railway adventure Since its release in 2004, Ticket to Ride has become one of the most successful games of all time and its widespread popularity has led to the creation of several expansion sets which allow for the exploration of new aspects of the game. With elegantly simple gameplay, Ticket to Ride can be learned in under 15 minutes, while providing players with intense strategic and tactical decisions every turn. Make your way across 1900s America Ticket to Ride is a cross-country train adventure.

Players compete to connect different cities by laying claim to railway routes on a map of 20th century North America, visiting great cities and collecting points along the way. On each turn, players can collect cards of various types of train cars, purchase Destination Tickets or claim routes with pre-owned train cards. The longer the route that has claimed, the more points they earn. Additional points are also added to those who fulfil Destination Tickets – goal cards that connect distant cities as well as to the one player who builds the longest continuous route. Inspired from a literature classic Paying tribute to Phileas Fogg’s expedition around the world, Ticket to Ride sets out to out to create the perfect setting for an impossible journey in a winner-takes-all competition.

The objective: Who can travel by rail to the most cities in North America — in just 7 days. The journey begins immediately… Great quality pieces Ticket to Ride features high-quality illustrations and components including: an oversize board map of North America, 225 custom train cars, over 100 illustrated train cards, and wooden scoring markers as well as 30 destination tickets Simple Rules The rules are simple enough to write on a train ticket – each turn you either draw more cards, claim a route, or get additional Destination Tickets, says Ticket to Ride designer, Alan R. Moon.