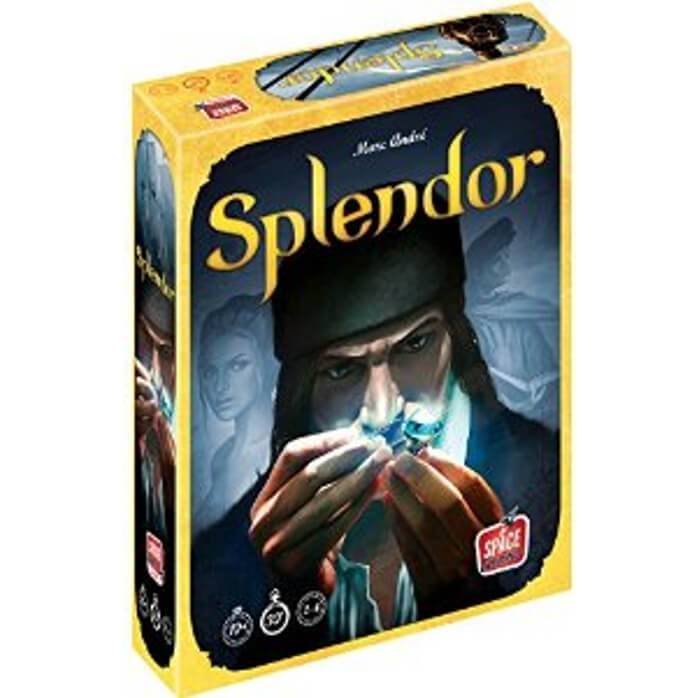 The turn for each player is fast and intuitive: there's only one action! Getting tokens follows simple rules which will force you to make hard choices: either three tokens of different colors, or two tokens of the same color (if there are at least four remaining of the chosen color). You can also acquire a development by combining bonus and tokens, or put a card in reserve (either face-up from the table or "blind" from the top of one of the development piles).

The developments are placed in the middle of the table and are visible by all. Players must thus elaborate a strategy in an endlessly changing environment, such as when another player claims a coveted development. Players must thus carefully chose their tokens to acquire a development of interest to them... but without revealing their intentions too clearly to avoid having it be reserved by a mean-spirited opponent! This short / long term balance is at the heart of strategy in Splendor.

The game ends when a player reaches fifteen prestige points. But all the players get to finish the current turn so that everybody plays the same number of turns, to be fair. You can thus reach fifteen points but still lose due to another player having a really hot turn.