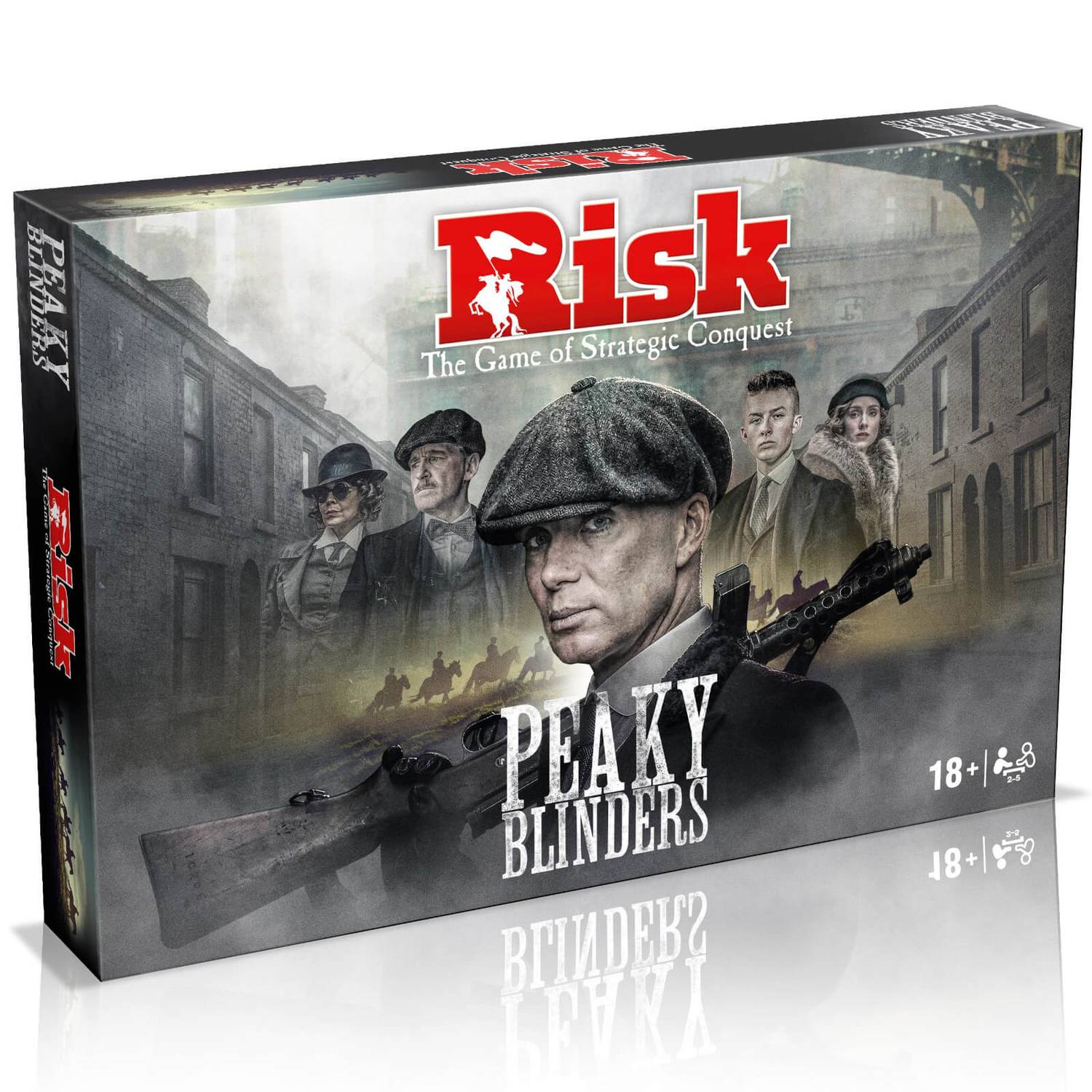 An epic gangster family saga set in the lawless streets of Birmingham and beyond, Peaky Blinders tells the story of Thomas Shelby, a gangster raised in the slums of Small Heath who returns from the First World War determined to seek a better future for his family — whatever the cost. In Peaky Blinders RISK, play as Tommy Shelby’s own Peaky Blinders, Billy Kimber’s Birmingham Boys, Alfie Solomons’s Jewish gang, Sabini’s crew or Captain Swing and the IRA, as you fight to become the most powerful group in the United Kingdom and Ireland by seizing the most territories and scoring the most points before the British Crown reaches the Garrison Tavern.

With special Mission cards to help you capture strategic territories and gain new gang members, and Power cards that might boost your gang members or hamper your plans, this edition of RISK is a monumental battle for control of the United Kingdom and Ireland.