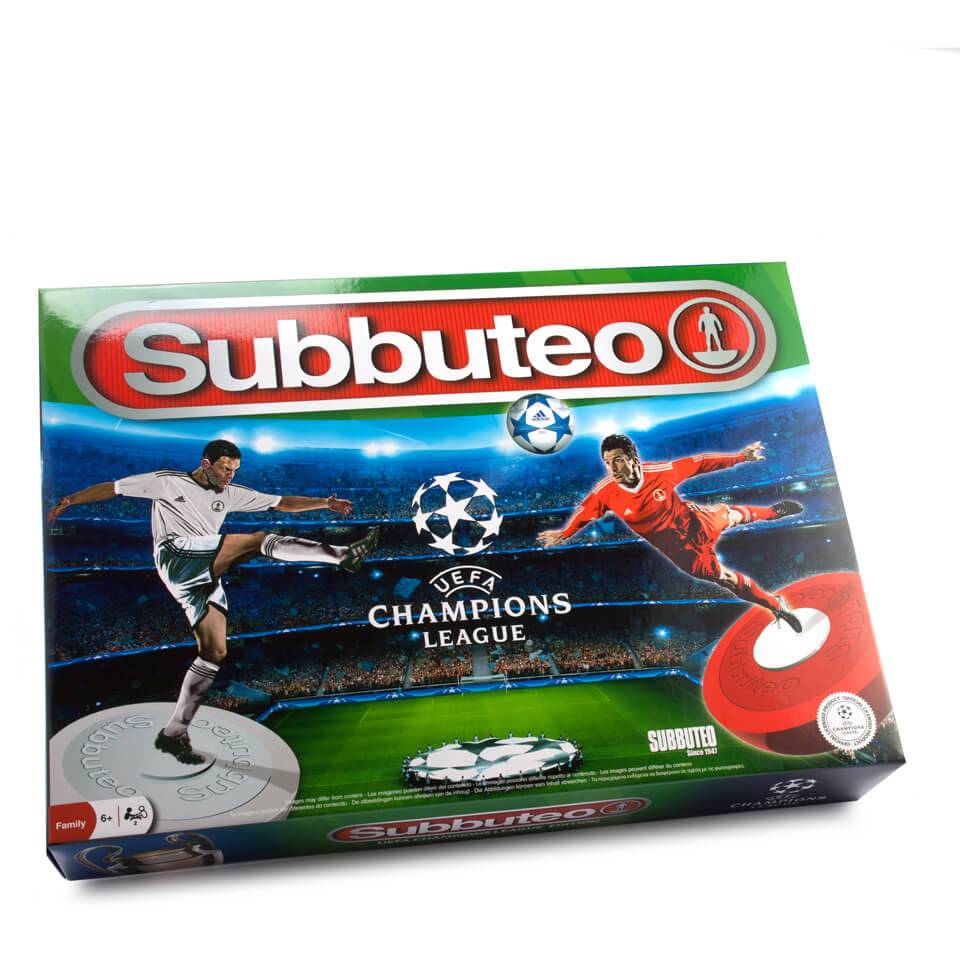 If you are a fan of the beautiful game and an enthusiast of the iconic table football game Subbuteo then look no further! The Limited Edition Official UEFA Champions League Subbuteo Game, with exceptional attention to detail, is the perfect way to enjoy the classic Subbuteo game.  The UEFA Champions League Subbuteo game contains 10 players in red, 10 players in white, two goalkeepers, a high quality playing pitch, goals and a limited edition UEFA branded ball so pick your team, decide your game plan and victory will be at your fingertips! Can you flick it? Yes you can!