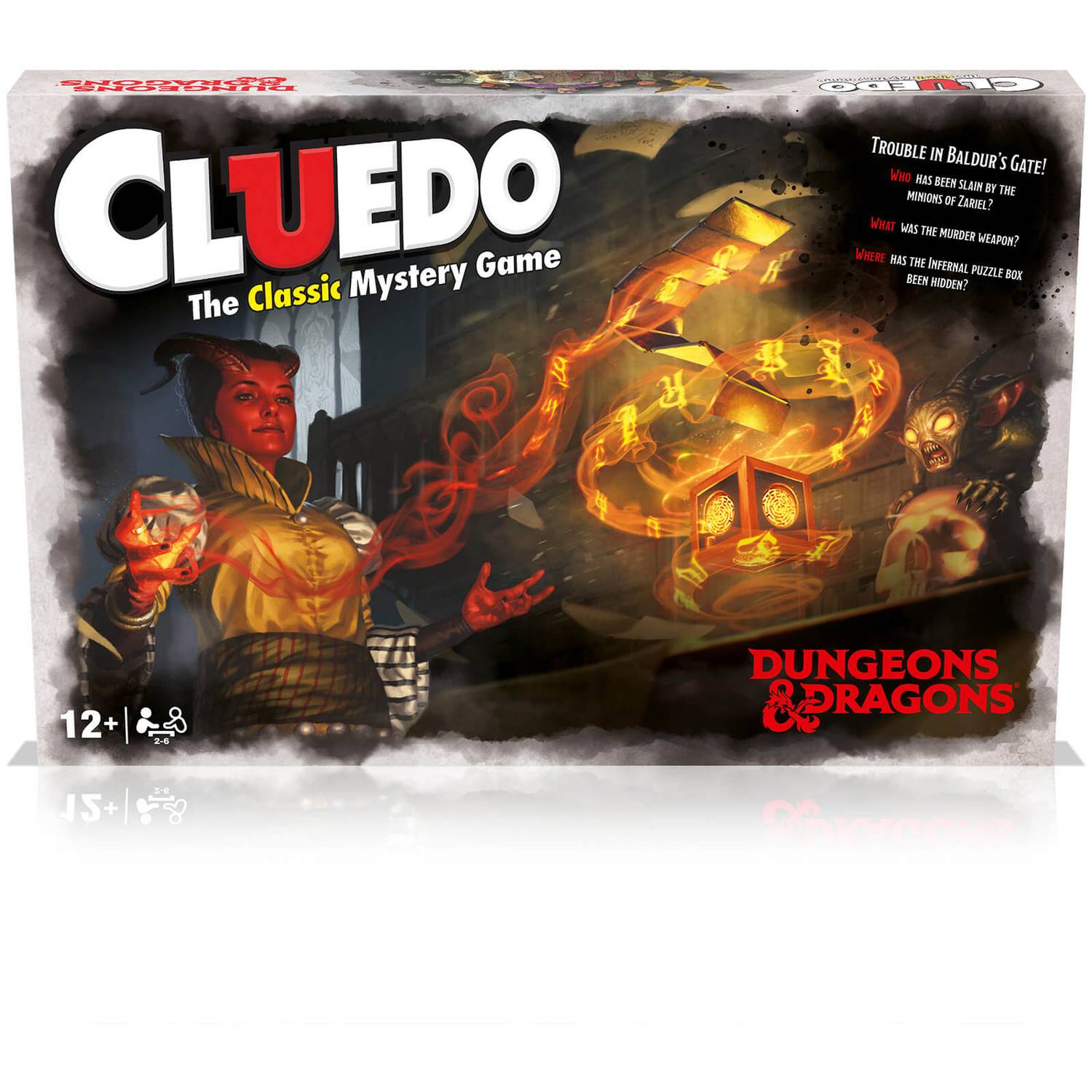 Join a Mysterious Journey… An Infernal Puzzle Box, delivered by a Hellrider of Elturel, has been stolen from the party of adventurers. Determined to reclaim their box of infernal secrets, one of Zariel’s minions has slain and secretly replaced an adventurer, unbeknownst to the rest of the members! In CLUEDO: Dungeons & Dragons, it’s up to you to determine WHO has been replaced by a devil in disguise, WHAT weapon was used in the execution, and WHERE in the Forgotten Realms the Infernal Puzzle Box could be hidden. Join Reya Mantlemorn, Falastar Fisk, Sylvira Savikas, Minsc & Boo, Lulu and Slobberchops as you journey across the board and eliminate evidence and suspects according to the clues your opponents reveal. Was Slobberchops murdered with the Horn of Blasting and is the puzzle box hidden in Twin Songs? Explore the Docks, the Wide, the Dungeon of the Dead and more in your quest across Baldur’s Gate for the truth.