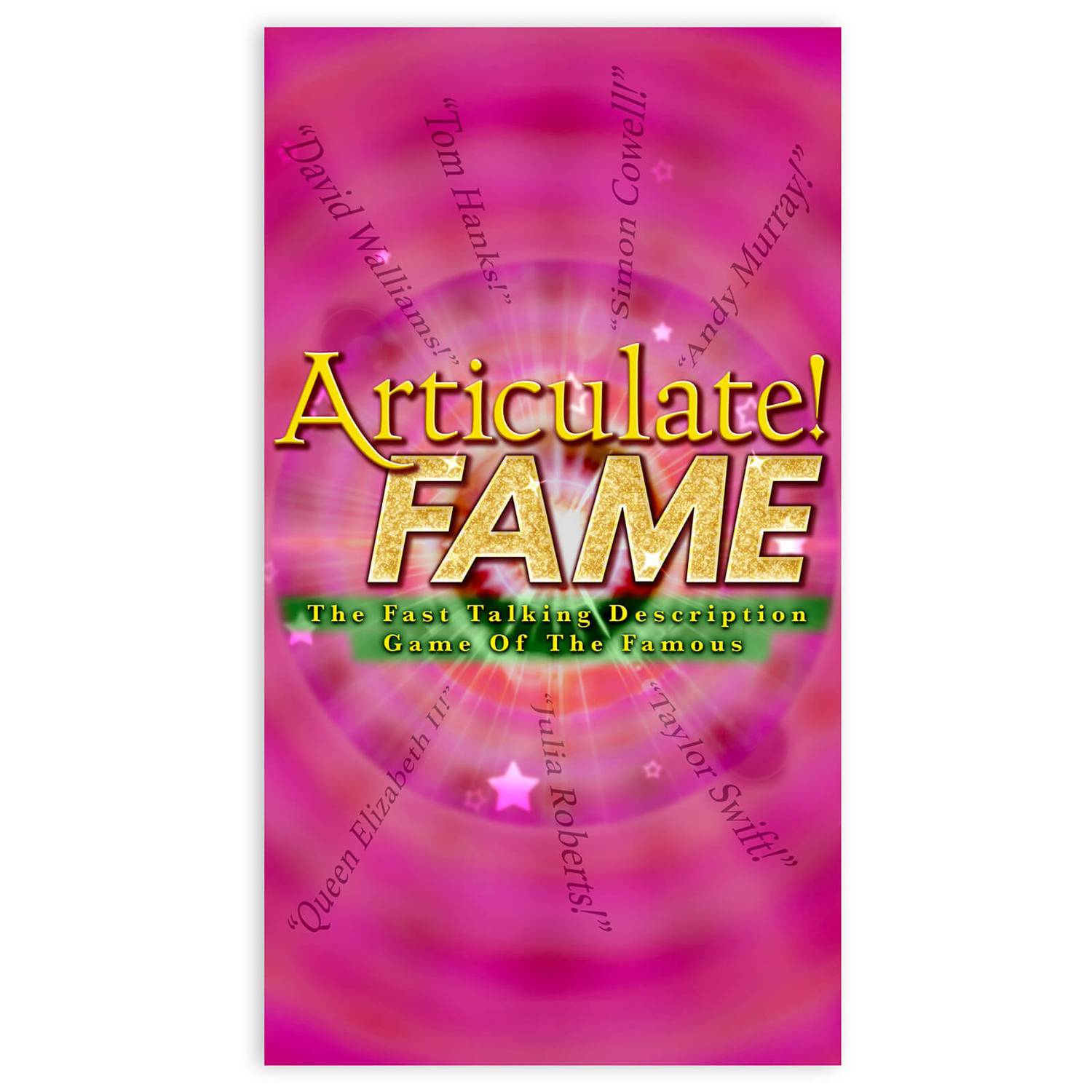 Enjoy 15 minutes of Fame, as often as you like, with this snappy, celebrity-packed version of Articulate. Articulate FAME has you describing everyone from Harry Potter to Harry Redknapp in three rounds of diminishing descriptions, ending in descriptions of just one word! So whether you’re using “Queen” to describe Beyoncé, Freddie or Elizabeth II, or “King” to describe Elvis, Articulate Fame turns any gathering into an event to remember!