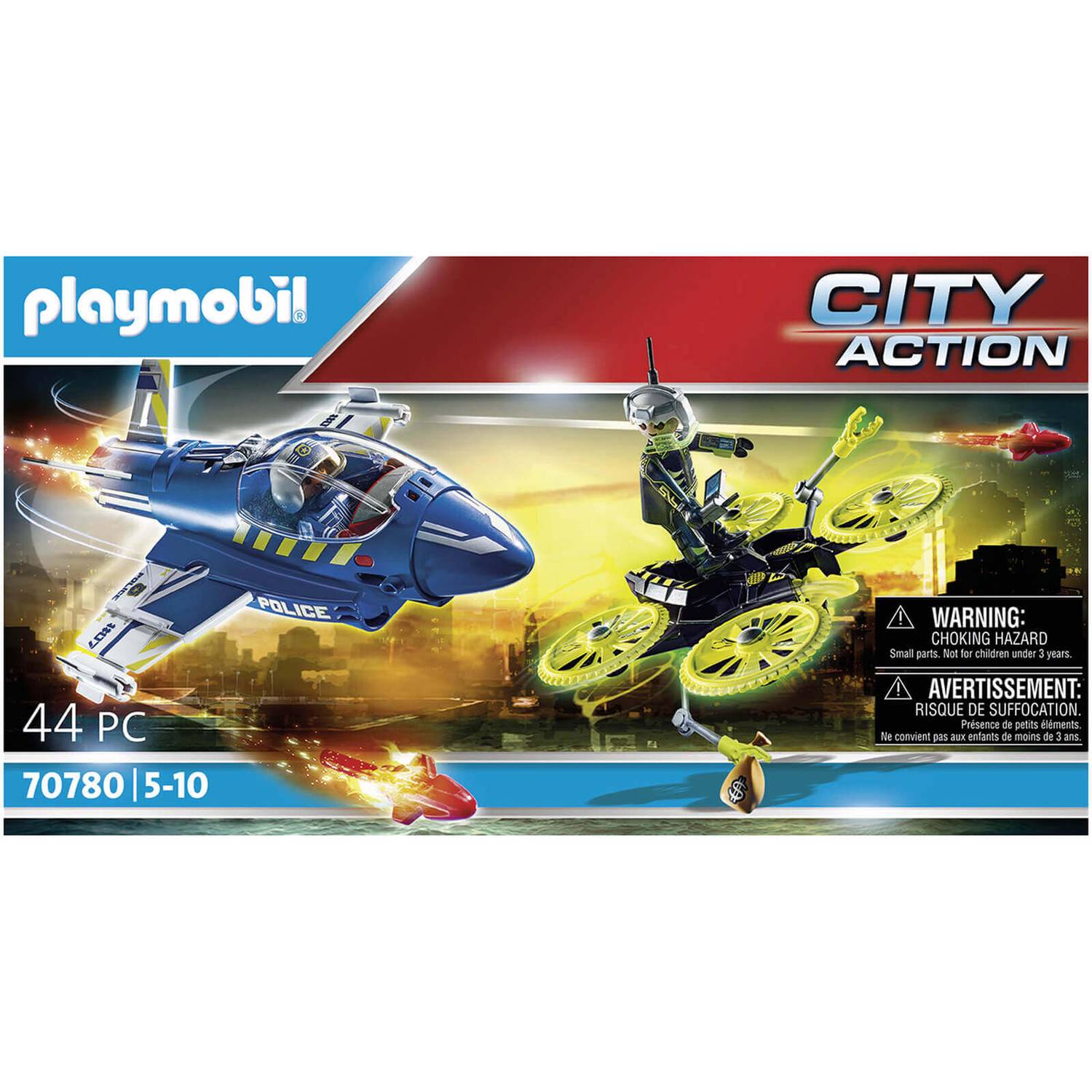 For exciting chases in the air! The police jet pursues the money robber fleeing with an innovative drone.

A clever villain has built himself a super drone and is now making the city unsafe. But the culprit hasn't reckoned with the Playmobil police and their cool jet. In no time at all, the pilot jumps into the cockpit and unfolds the nose, fuselage and wings of the plane. The projectiles are attached to the underside of the wings and off they go into the air. But what is this? No sooner has the jet left the ground than a projectile shoots a hair's breadth past the cockpit. The pilot manages to dodge it at the last moment. But the crook is already approaching again and the sharp saw teeth on the rotor blades of the drone miss the jet by only a few centimetres. An exciting chase in the air begins.

The playset contains two Playmobil figures, a fold-out police jet with firing cannons, a drone with moving rotor blades and gun, helmets, arm computers and many other extras.