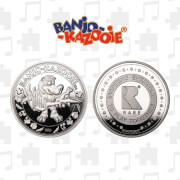 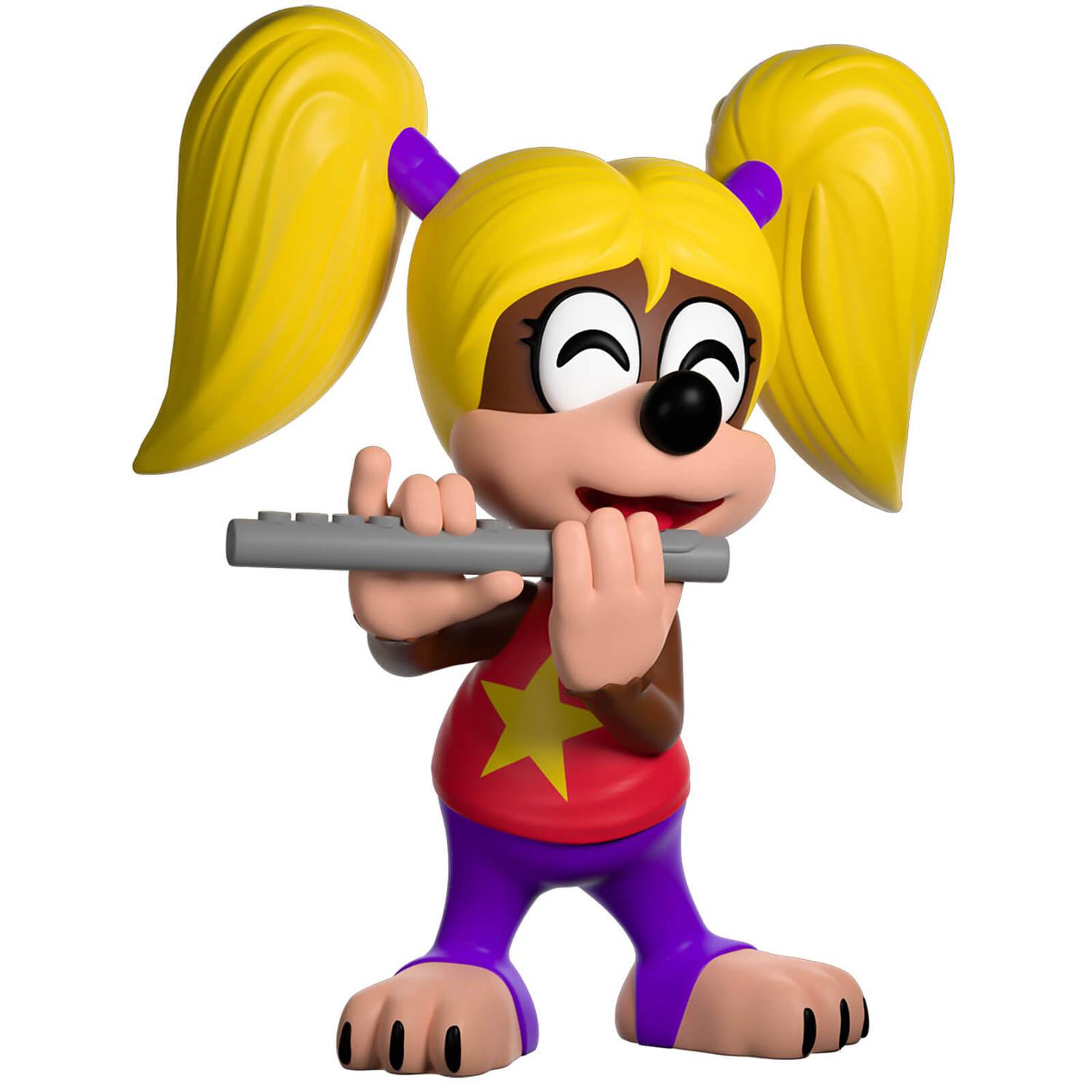 We’re going on an adventure! What’s the party for? Tooty is a spunky little bear who loves adventuring like Kazooie and looks up to her older brother Banjo. The 3.7 inch tall Tooty wears a red sleeveless shirt with a yellow star printed on the front, purple pants, and playing a silver flute using both hands. Her blonde hair is tied up in adorable pigtails which are held together by purple elastics. Her double-walled window box is inspired by her winning the Star Prize, with a beautiful island sunset acting as a backdrop. This collectible ships in a matte, embossed, protective outer sleeve.

Banjo Kazooie is a platform video game developed by Rare and originally released for the N64 console in 1998. The game features a male bear named Banjo and a female red bird named Kazooie, who are both controllable. Their job is to foil the different evil schemes of Gruntilda.