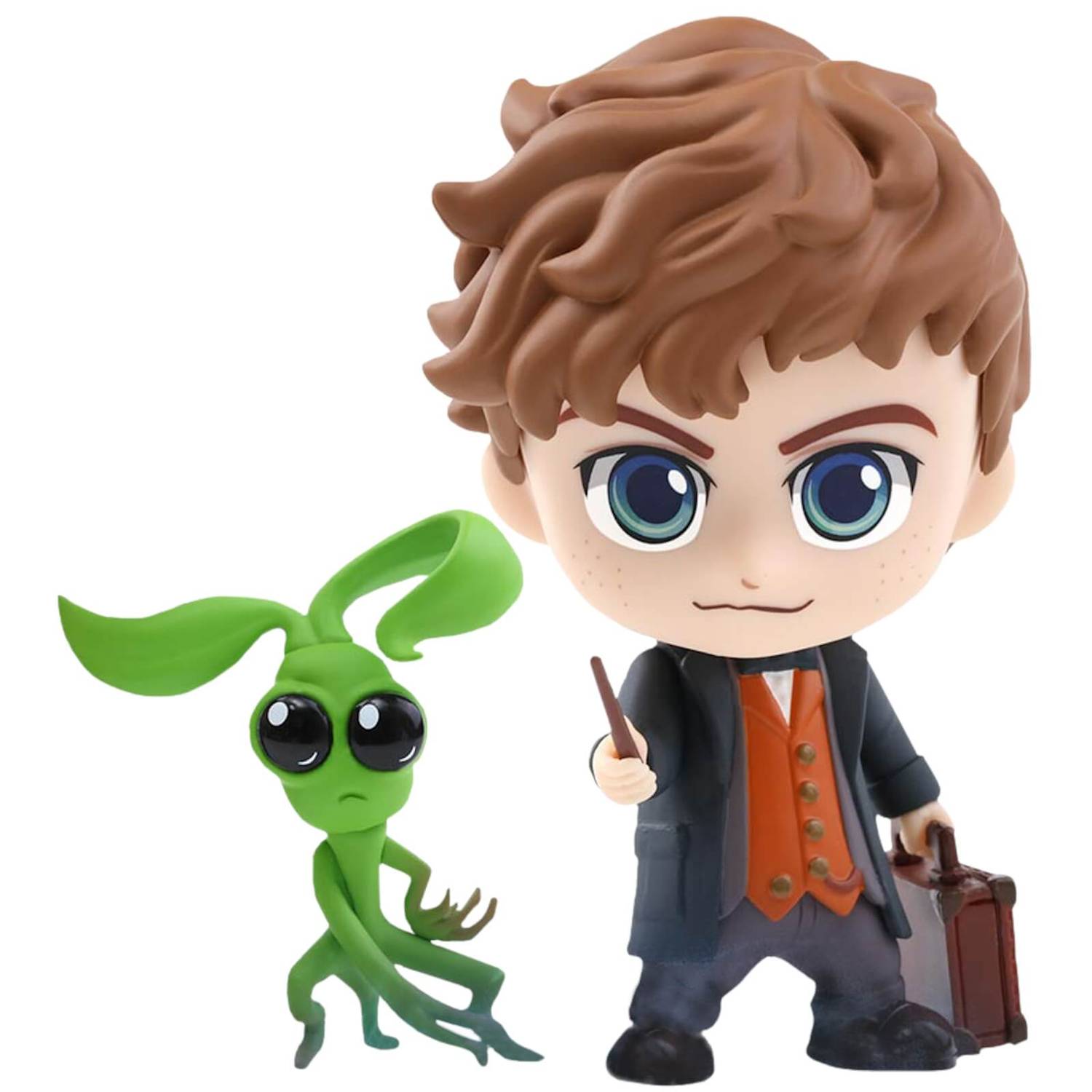 "You're too good, Newt. You never met a monster you couldn't love.” - Leta Lestrange

From the magical mind of J.K. Rowling, Fantastic Beasts: The Crimes of Grindelwald follows the Magizoologist Newt Scamander as he helps Albus Dumbledore to thwart the plans of Grindelwald, who is scheming to raise a pure-blood army of wizards to rule the world.

To celebrate this fantastic sequel, Hot Toys have created a new series of Cosbaby Bobble-Head Figures featuring everyone’s favourite Wizards and their adorable creature companions; including Newt Scamander with Bowtruckle, Gellert Grindelwald with Augurey, and Albus Dumbledore with Niffler. Each figure stands between 5.7 - 10cm tall, and has been crafted in the stylised Cosbaby form with a bobble-head function.

This 2-Pack features Newt Scamander holding his magical suitcase and accompanied by the peaceful and shy tree guardian, Bowtruckle.

Prepare for some magical adventures with the magizoologist Newt Scamander and Bowtruckle in your Cosbaby collection.