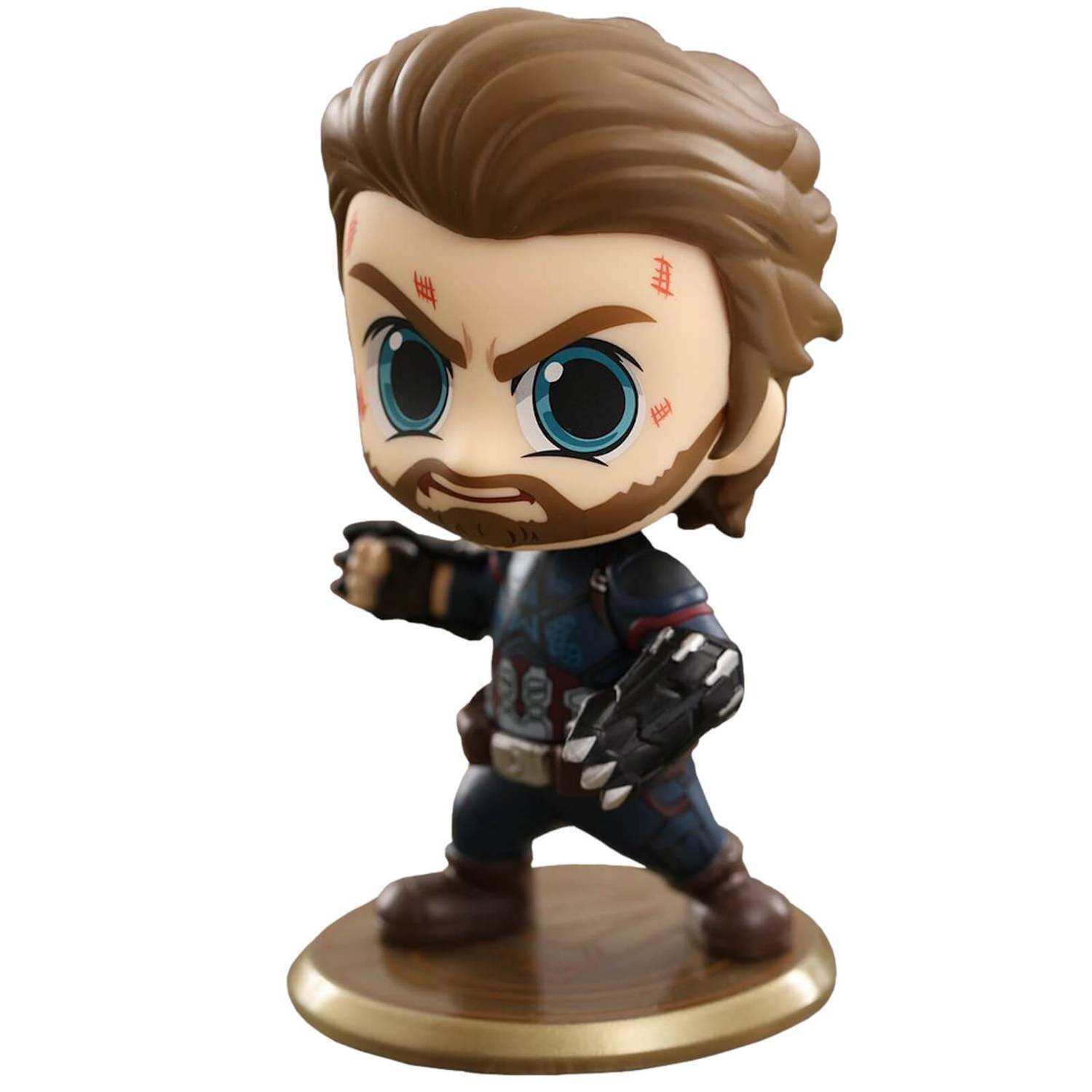 The most anticipated blockbuster movie of the year, Avengers: Infinity War, will unveil the ultimate showdown between Marvel's greatest heroes and the mad Titan Thanos, who wields the most powerful weapon in the universe, the Infinity Gauntlet!

Hot Toys are excited to present the awesome new series of Cosbaby Bobble-Heads inspired by Avengers: Infinity War, featuring all your favourite characters from the most epic movie of the year to add to your collection.

This 3.75" Cosbaby Bobble-Head features the first Avenger, Captain America, winding up to punch his enemies with superhuman strength.