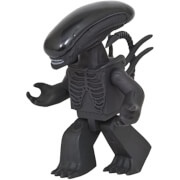 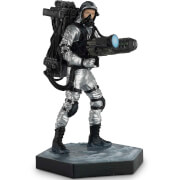 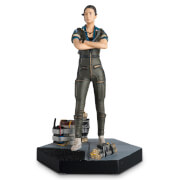 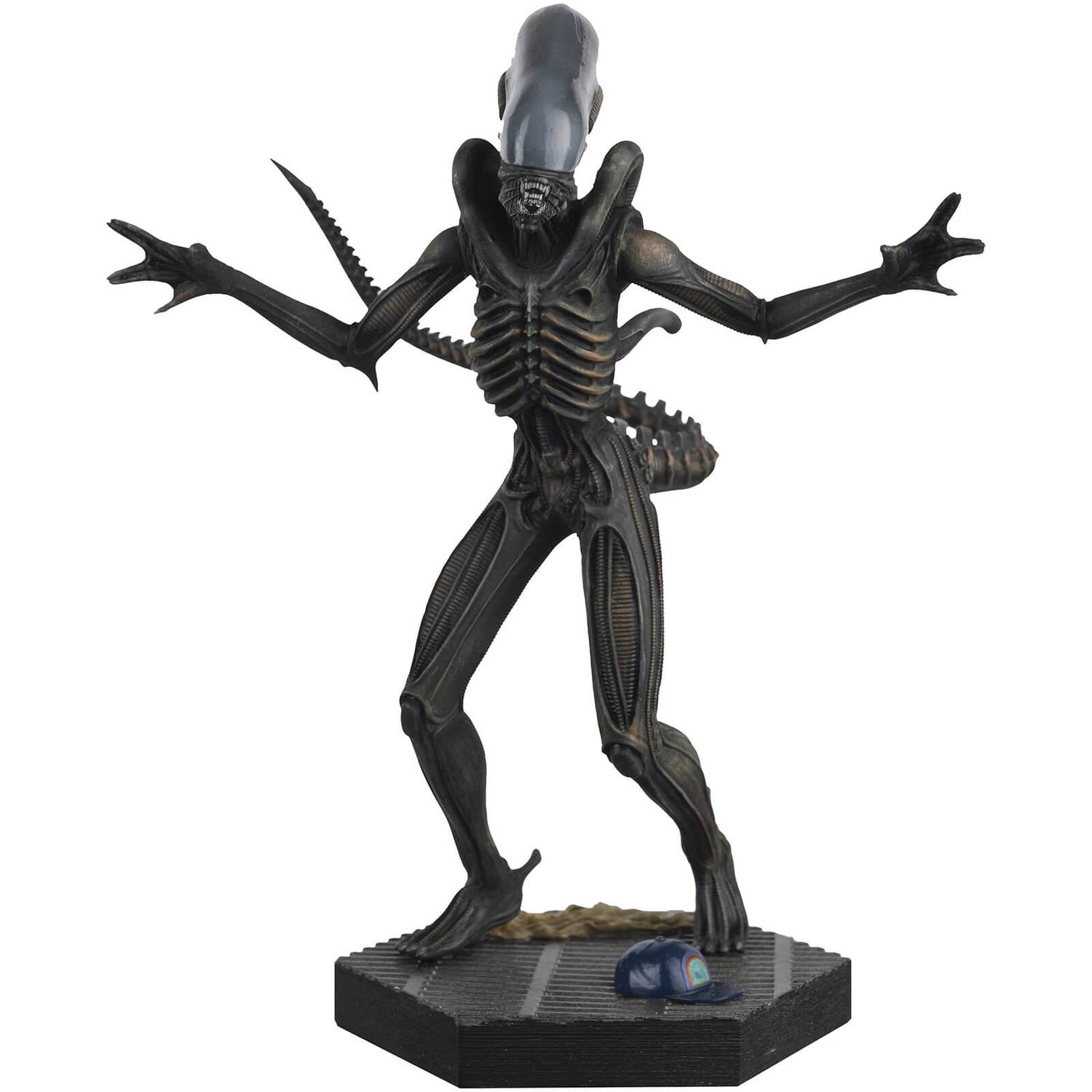 The Xenomorph figurine is over 15cm tall and is presented in a standing attack pose capturing the skeletal terror with acid for blood, a vicious tail and two sets of lethal jaws with its recently shed skin on the base as well as the Nostromo crew hat from its first victim in its adult form – Engineering Technician Samuel Brett.