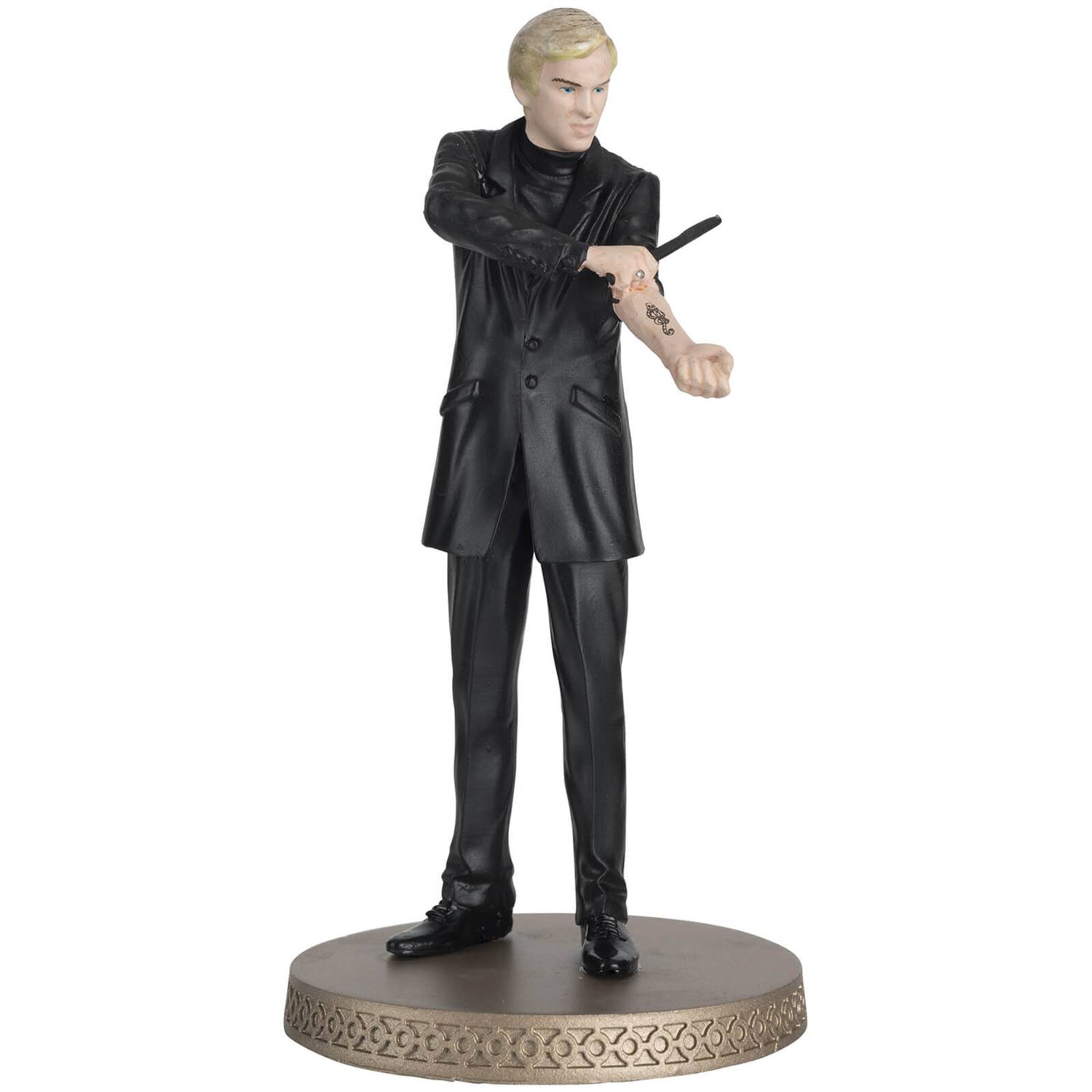 This detailed 1:16 scale figurine captures Draco Malfoy as a Novice Death Eater in “Harry Potter and the Half-Blood Prince”. Smartly dressed in a black polo neck and suit, he pulls up his sleeve to reveal the Dark Mark on his left forearm, displaying his allegiance to Lord Voldemort. But the frightened look on his face and his trembling wand arm suggest this deference to the Dark Lord is not of his own free will.

This figurine is accompanied by a full-colour collector's guide looking at Draco's key moments in later films, learn more about the Wizarding World and relive a memorable scene from the movie Harry Potter and the Half-Blood Prince.