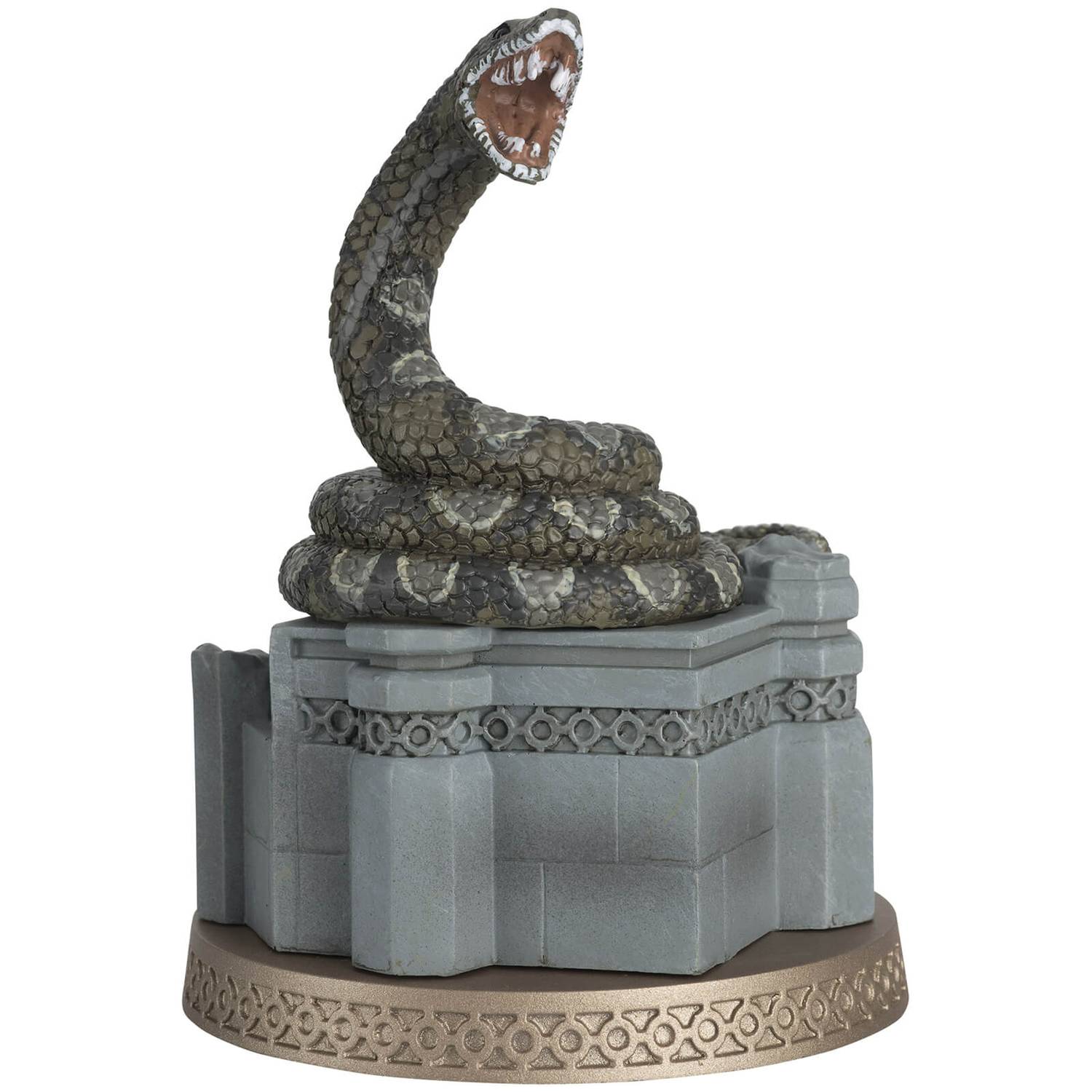 This highly detailed Nagini figurine captures the dangerous snake coiled on top of debris from the ruins of Hogwarts as seen in Harry Potter and the Deathly Hallows – Part 2. She rears her head ready to strike with her jaws wide open that reveal rows of sharp fangs. The figurine was meticulously hand-painted to show the pattern on her scales.

The snake Nagini is the final Horcrux and the key to ending the Second Wizarding War. Once a beautiful shapeshifter Maledictus, Nagini is now locked in the form of a serpent – and serves Voldemort as both a venomous assassin and his final Horcrux. As the Dark Lords loyal servant, Nagini always warns him of dangers and attacks at his command.

This figurine is accompanied by a full-colour collector's guide looking at Nagini's key moments and importance, plus revisit Dogric's Hollow and discover its secrets.