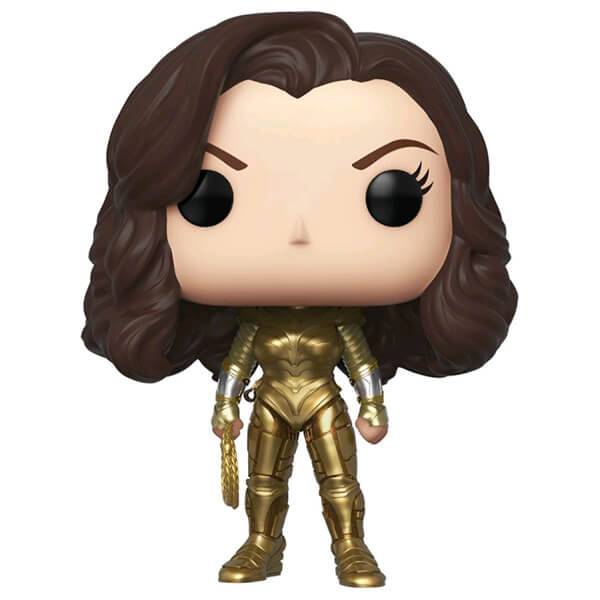 This incredible Wonder Woman Pop! Was used in Wonder Woman 1984 and references some of her greatest battles in the comics. In the film itself the costume was inspired by Ancient Roman soldiers and carries implications that there may be new powers to come with it! If there are, she will need them in order to take down the Soviet Union and her newest super-foe "Cheetah".