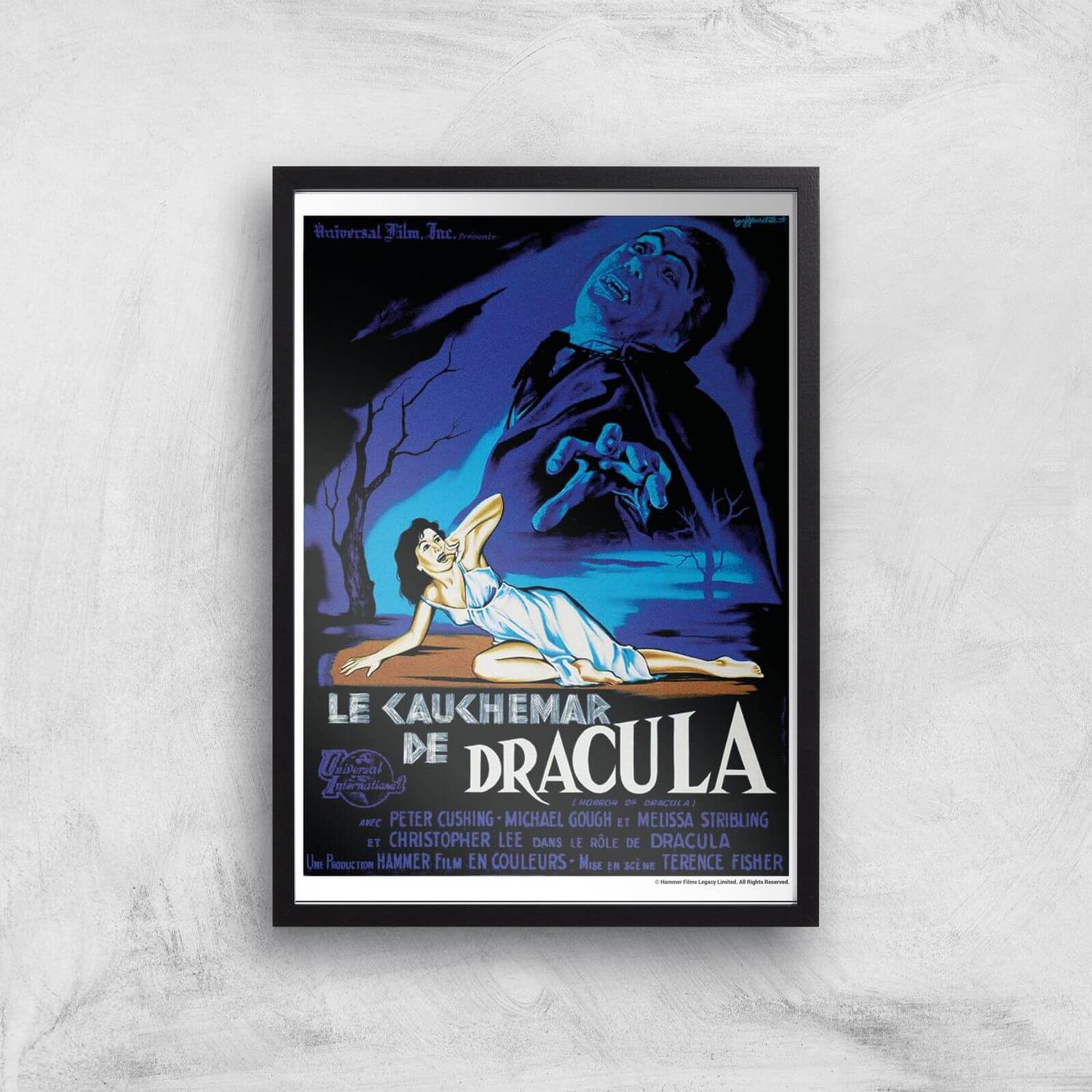 Released on may 7th 1958 starring the Legend, Sir Christopher lee as the titular Count Dracula. Set in 1885, Newly employed librarian Jonathan Harker uses that cover to hide his intention of killing Dracula in his castle near Klausenburg. After being bitten by Dracula himself, Doctor Van Helsing finds Harker before he has turned a vampire

Printed on 300 gsm premium soft cotton paper, our giclee prints are of the highest quality. Our prints come hand rolled to ensure quality is maintained in the finished product. Frame not included.