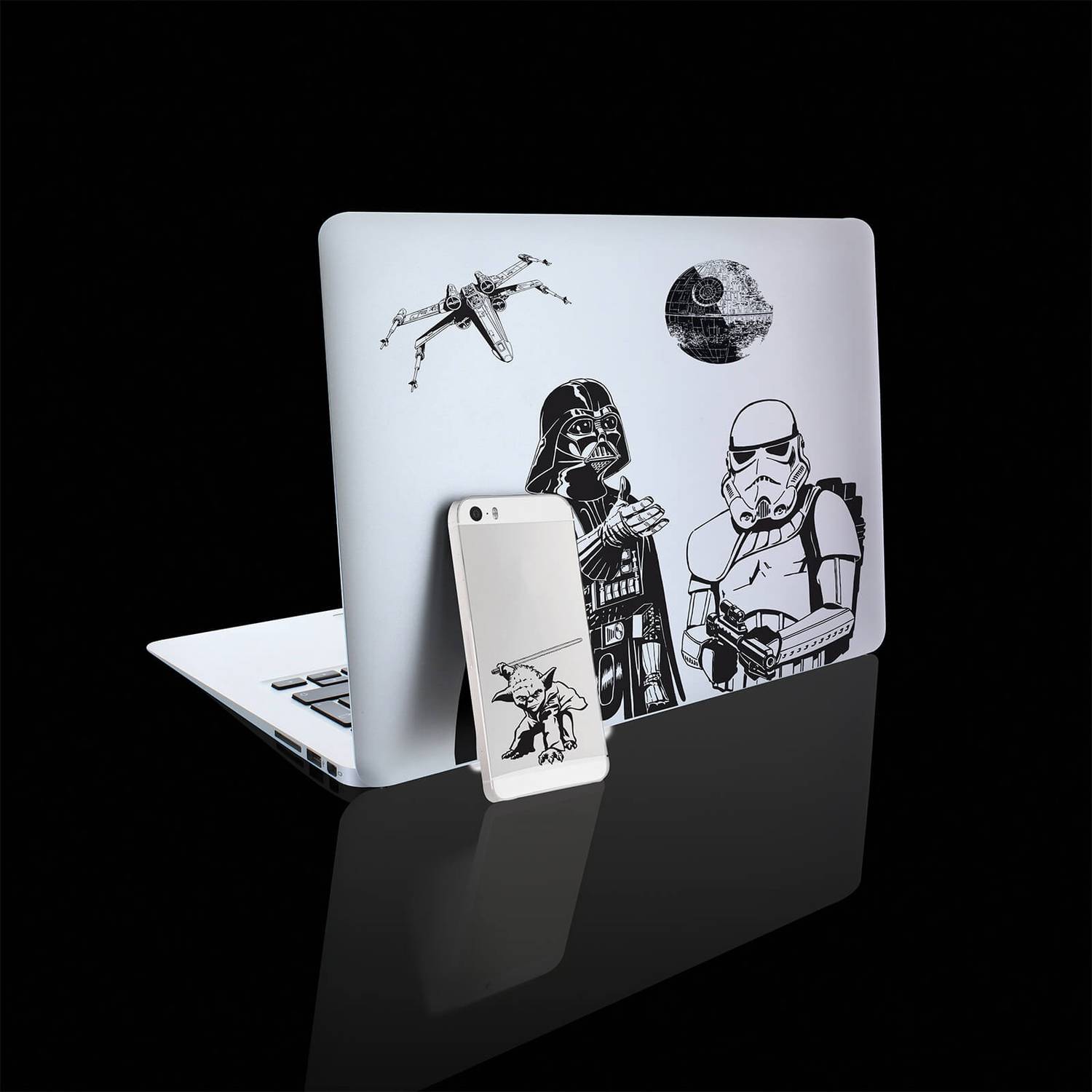 Simply add 5 gifts from the list and add them to your basket. Use CODE: 5FOR20 for your discount to apply.

Decorate your smartphone, laptop, and other devices with these stylish Star Wars Gadget Decals and show which way your allegiance lies. Will you choose The Resistance or the First Order?

These fun Star Wars stickers are reusable and include a number of characters and imagery from the upcoming film Star Wars Episode IX: The Rise of Skywalker. Stickers include Rey, Kylo Ren, C3-PO, and a number of other images from the film.

This set contains four sheets of reusable stickers which are suitable for use on laptops, smartphones, tablet devices, and plenty of other personal accessories.

Star Wars has been one of the most successful film franchises in cinema history since its original release in 1977, quickly becoming a defining moment in popular culture. The series has continued to win new generations of fans with each installment, resulting in a global fan base of millions. Star Wars: The Force Awakens is currently the highest-grossing movie of all time in the UK, and the Star Wars films were at the top of the UK box office in 2015, 2016, and 2017. December 2019 sees the release of Star Wars Episode IX: The Rise of Skywalker, and the latest movie in this epic saga is sure to please all the family.

Bought for my son. Great range of pictures decorated his items well