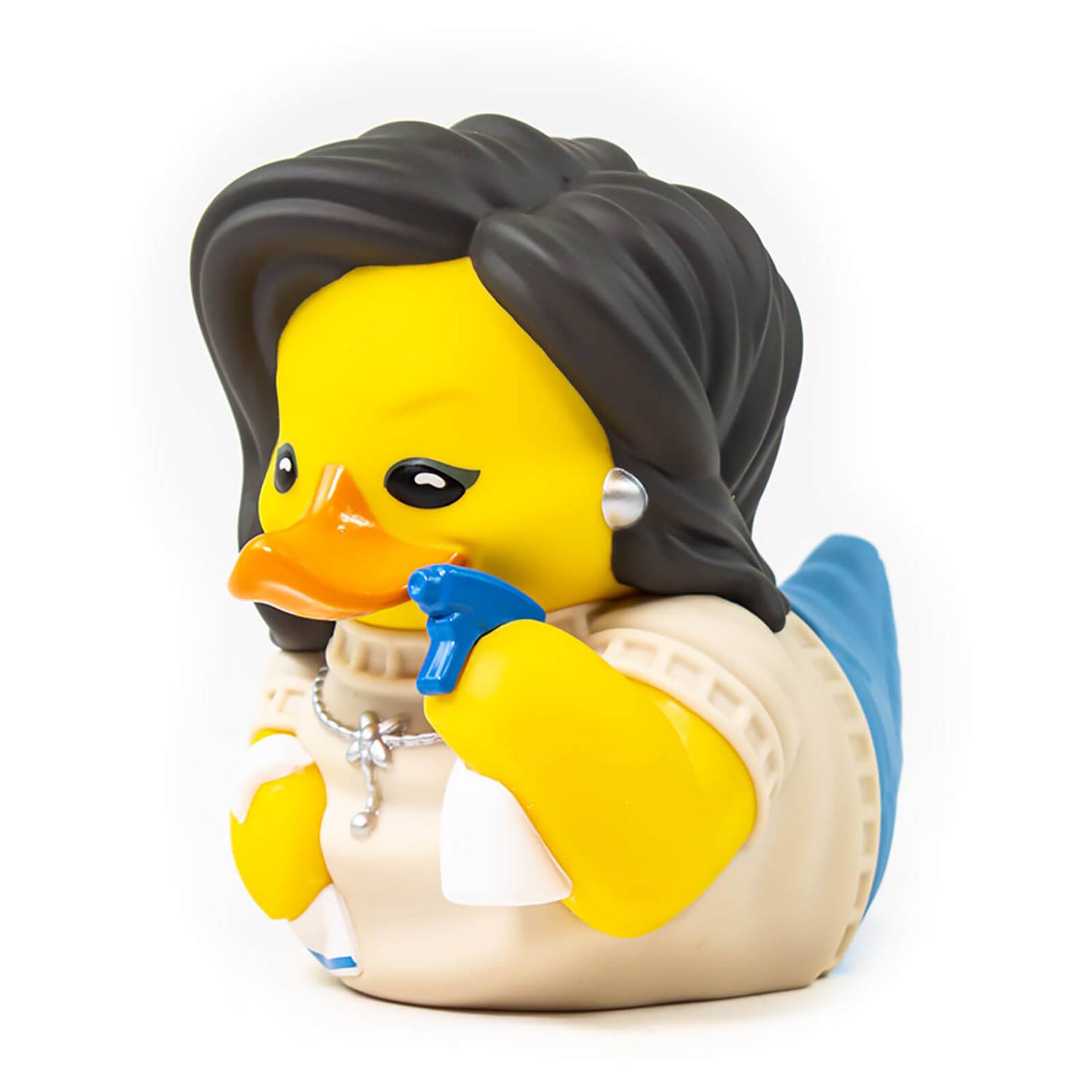 When Monica’s not fighting with her brother Ross, you’ll either find her with a turkey on her head during thanksgiving and cleaning everything to ‘Monica-clean’ levels! This officially licensed collectable is part of the TUBBZ range, a highly collectable series of your favourite gaming, movie, TV show, and pop culture characters in duck form! Featuring incredibly detailed features, this amazing collectable comes complete in a displayable tub.

Mother Hen to the Central Perk gang and Chandler’s lobster, Monica Geller is the reliable centre in a circle of wacky pals! As a total neat freak, being turned into a duck doesn’t stop her from ensuring that your apartment is at Monica-clean level. Coming boxed in an awesome displayable ‘Friends’ tub display stand, this one of a kind collectable is great for fans of the series to stock up on.