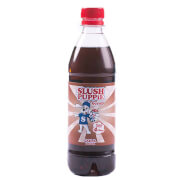 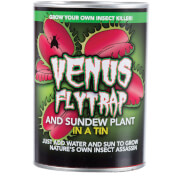 Grow Your Own Venus Fly Trap 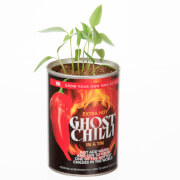 Grow Your Own Ghost Chilli

Check out this cat's moves!

Cute, cuddly and a real twinkle-toes on the dance floor, this adorable dancing cat is no ordinary speaker! Designed to work with almost any audio source with a 3.5mm input jack (think Smartphones, MP3 players, computers, laptops and more), this hilarious Dancing Cat Speaker not only plays your music, it dances to it too! Simply connect it to your chosen audio player using the cable provided and watch it bop about in time to the music being played!

What's more, it comes with a choice of two function modes, 'Dance' and 'Speaker'. If you want the Cat to dance along to the music it's playing, simply switch it on as normal using the on/off switch set behind the velcro opening in the middle of its back.

However, if you just want it to play the music without the accompanying choreography, give its left paw a squeeze – there's a button hidden inside that'll switch the dancing off right away. Missing the cat's moves? Give it another squeeze and it'll start boogying where it left off!

I had to cuddle it. It was as brilliant dancing to Hendrix and reggae and even the Shipping Forecast! Gorgeous puss xx

Bought this for my brother at Christmas and he loved it. Sound is good through the speaker and the cat dance moves are very funny. Recommend!

Can a dancing cat really make a girl smile? The answer is a resounding yes. I bought this lovely item for my girlfriend as she is a huge fan of the website and cats, so I thought that I would marry the ideas and buy her the gift. It was great that an ingenious gift like this was available on the website and at such a great price. We have played the dancing cat with our own cats who get a real kick out of it, and also with people who get a good scare when you dont tell them and it suddenly just starts dancing and moving. From purchase to delivery, flawless all around. In conclusion, I'm one very happy man.

The Dancing Cat Speaker is working fine, but it is getting boring fairly quick, as the movements are very limited. For the price I expected a bit more versatility.

My Partner couldn't stop laughing at this Dancing Cat Speaker. The cats are so fascinated that they actually stopped wrecking the tree for a while!

The Dancing Cat Speaker is a great gift. The sound isn't that amazing but when the cat starts shaking you know you have made a very good purchase.

The Dancing Cat Speaker is very good quality, it kept me entertained.

Aw, this cat is incredible! How adorable. I bought this for my wife and she plugged in her iPod, not really knowing what to expect, and her reaction when this cat started shimmying and grinding about was priceless! Although the sound quality is only average, that's really not the point of this product. We were in stitches as we tried different tunes! After a while the novelty fades a little, but it's still a very good buy. It's pretty cute as an ornament when not in use, too!