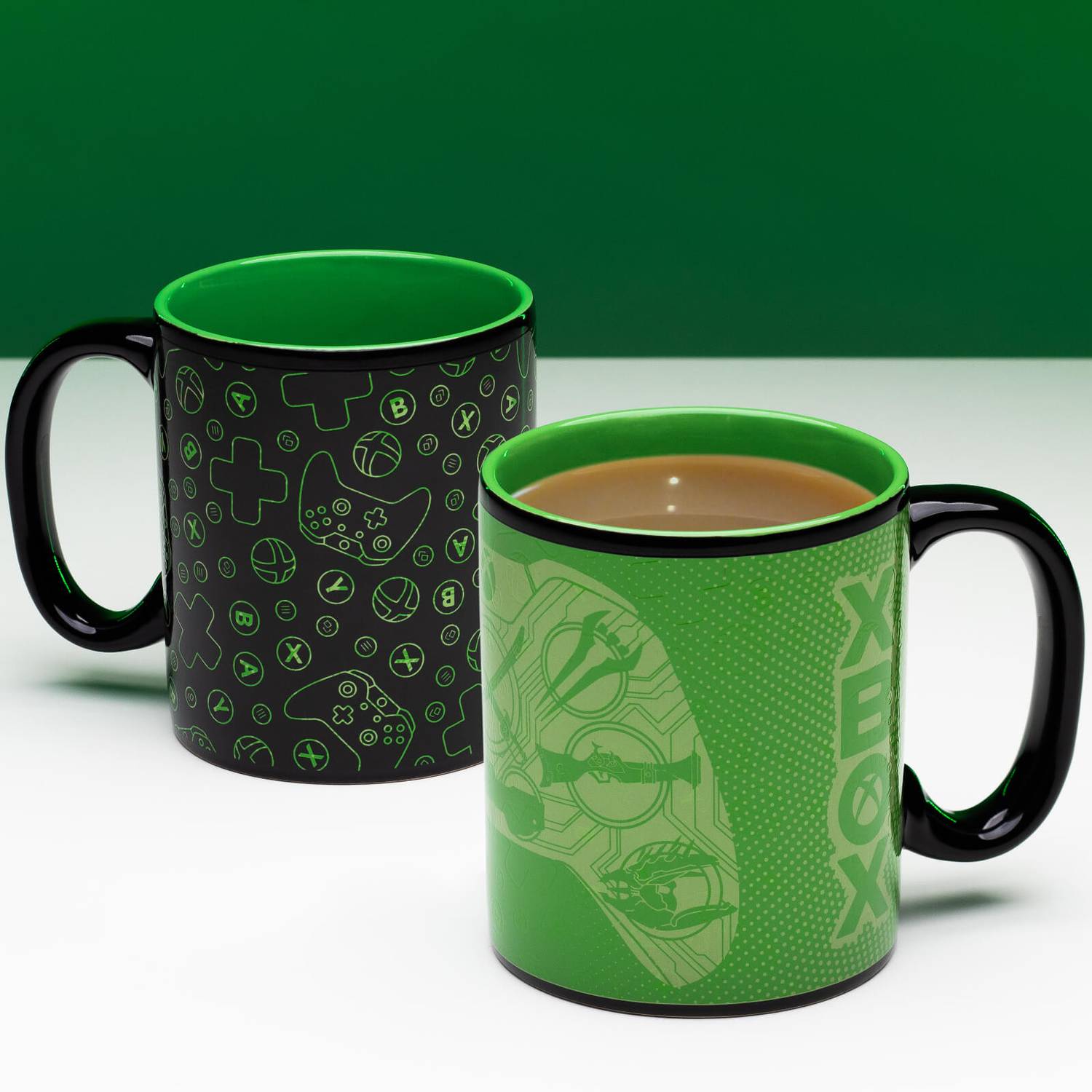 The perfect mug for your next mid-game drinks break, the Xbox Heat Change Mug is a fantastic gift for video gamers! When cold, this standard sized drinking mug has a black and green design that features plenty of Xbox imagery including controllers, buttons, and more. However, when hot, the mug turns bright green, featuring the console's logo and a controller. This makes a fantastic gift for Xbox owners, and works nicely as a stocking filler, or Secret Santa present.

We bought one years ago from here and the kid loved it. It sadly got broken so we were happy to buy another. The colour change effect is great.