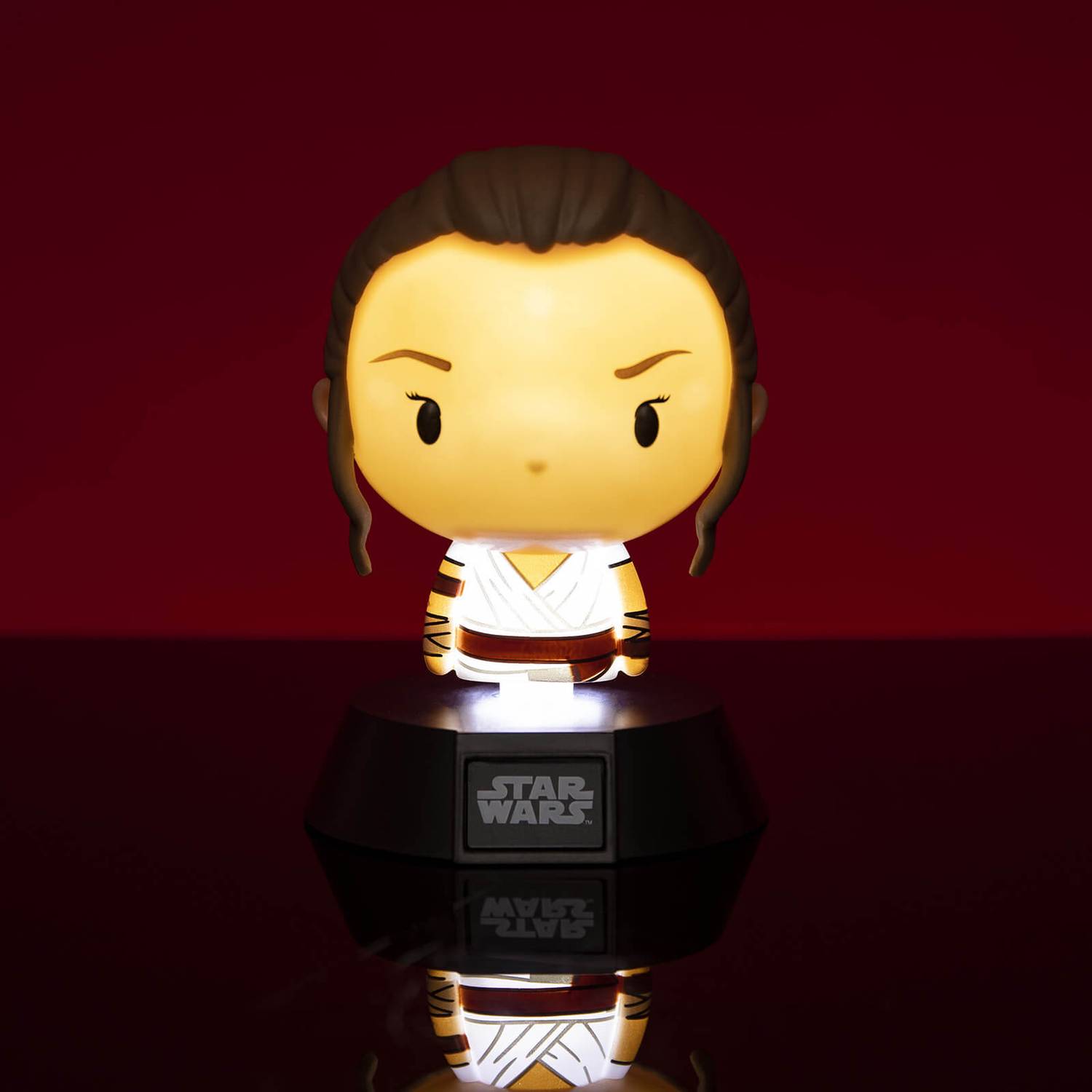 Brighten your room, channel The Force, and do your best to save the universe from the evil grip of the First Order, with this adorable Rey Icon Light.

This lamp, which is ideal for your bedroom or study, features a 3D figure of the heroic Jedi Rey standing on a black base featuring the Star Wars logo.

When switched on, Rey herself lights up, bringing The Force into your room. The lamp is a cracking piece of Star Wars memorabilia and makes a great Christmas or birthday present for fans of this hugely popular movie franchise.

The lamp stands at 10cm tall and requires two AAA batteries to work.