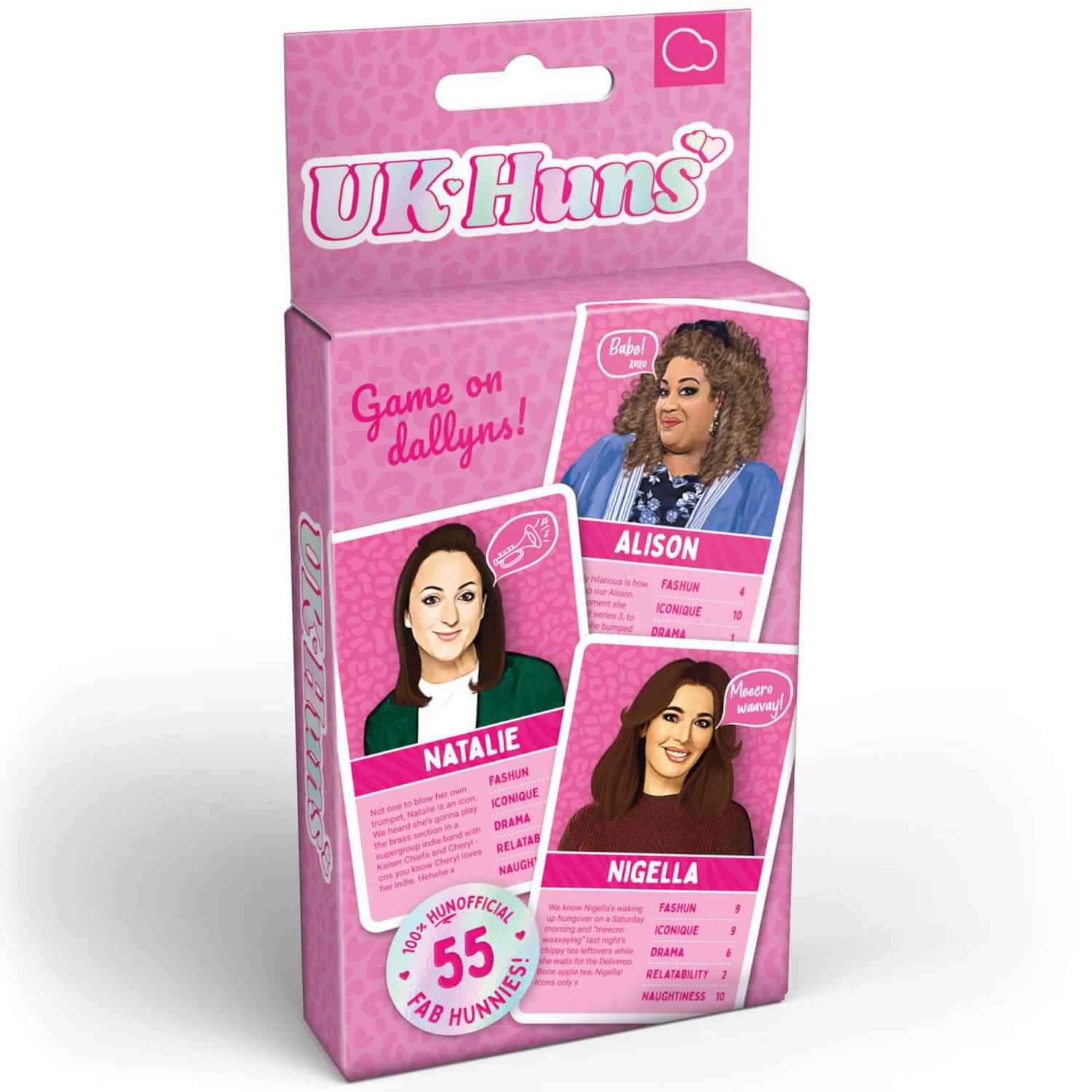 Trumps card games have finally got the Huns treatment...Grab your fav girlie whirlies and pop some secco with UK Huns - the card game. Compete across 5 stHUNing categories using the most gorgey hunnies in the UK.

The aim of this simple card game for 2-6 players is to steal every one of these #Icons from your opponents... When you've done that, you win!

UK Huns is an easy card game to learn and play. And it's the only card game that enables you to pit Dot against Davina, and Cheryl against Nigella!

It's a Huns' world, dallyns. We're just living in it.