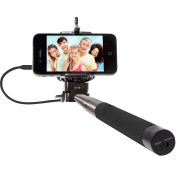 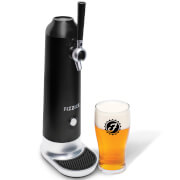 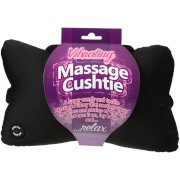 We've all come across zombies from time to time I'm sure, but not until now has it been possible to own one. Unlike your average zombie whose social graces are slim to say the least, and who often have the unfortunate habit of leaving unsightly bits of themselves lying around, this zombie is house trained. He's already lost his legs, so you're not going to be tripping over those in the middle of the night, and best of all, it's easy to outrun him when he's feeling peckish. Despite missing most of his skin, he's remarkably ooze free, and surprisingly doesn't smell of rotting bodies at all, can't think why. Being a zombie, he is of course heartless, and therefore requires batteries in order to move around - fortunately someone has already stuffed some in his more than roomy internally organless chest. As a fully paid up member of the undead, he has a sensor that alerts him to people being about, at which point he crawls into action, scampering across the floor, his eyes aglow, growling, going arggghh a lot, and coming up with a selection silly phrases, mostly pertaining to his missing legs. You can of course elect to have him on all the time, if you feel you've got the strength. His wardrobe is scant to say the least, but no doubt we'll be seeing something similar on the catwalks of Milan any day soon, at least we hope so. Never before has owning a zombie brought so much pleasure, or indeed any at all come to think of it.

was a bit smaller than the image on website led me to believe but nonetheless looked and worked great. Hours of fun annoying the cat!

This zombie is the best I've ever bought (and I have a few!). It's really fun to watch the dogs and cats freak out from it chasing after them. Nice room decoration as well! IWOOT has THE BEST customer service of any company I've ordered from online...very personal unlike the giants!

turnd out to be same size of my hand! I thought its was alot bigger!

This I bought for my daughters boyfriend and we all love it ,its really awesome and so funny was well worth the money. Sad really that the only place I could get anything like this was from you guys you always come up trumps for something totally different and fun. Cheers guys

This was bought for my Zombie Fan my husband. Wanted something fun for christmas and im sure he will love it. Looks just like the picture. make sure you look at the measuments as he not as big as he looks. im delighted with it and hope my hubby is as well.