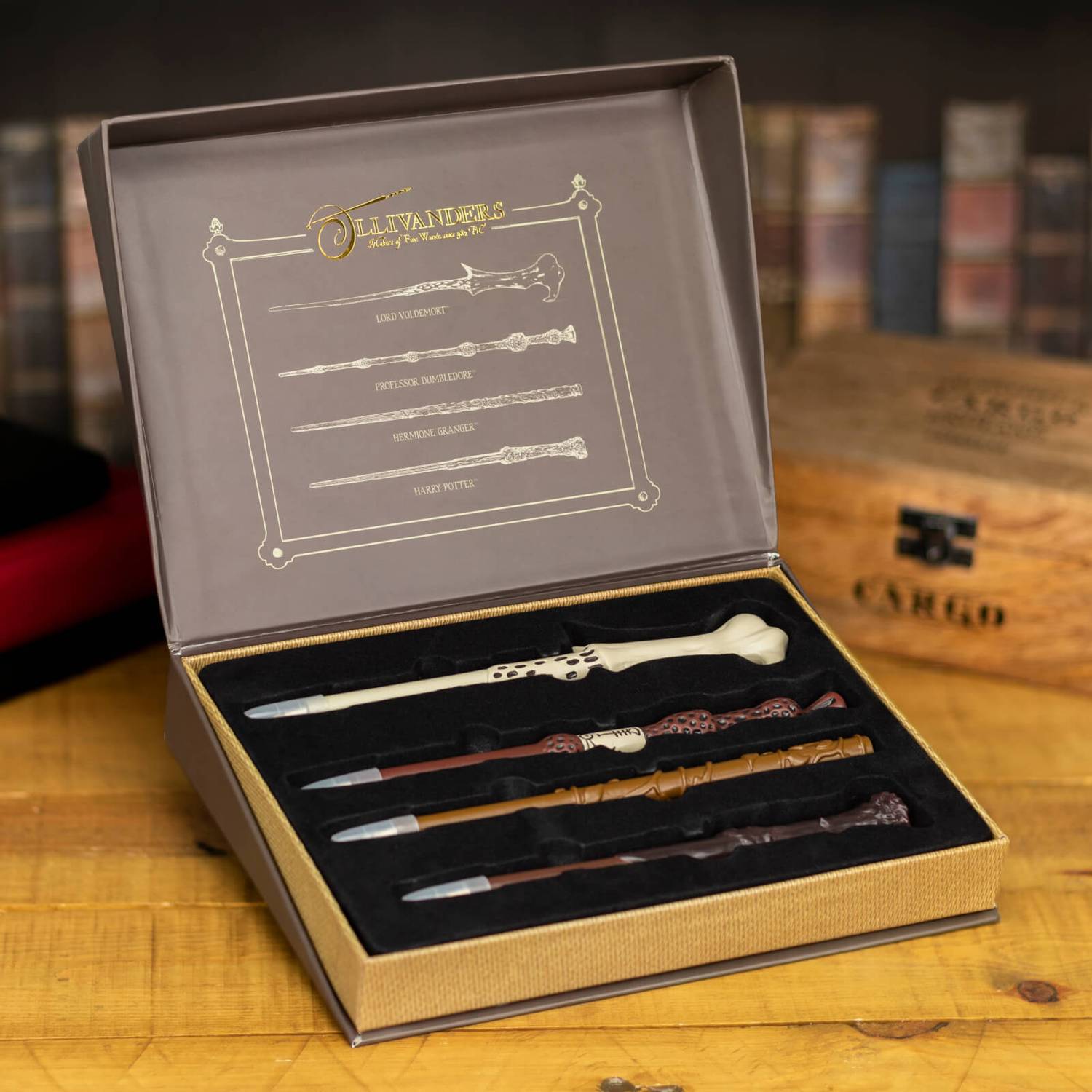 Whether you're plotting your next adventure, conjuring up your own spells and potions, or simply writing your shopping list, do so in style with these super-fun Harry Potter Wand Pens.

Thanks to this set you can now get your hands on your favourite characters' wands. This set contains pens based on the wands owned by Hermione Granger, Professor Dumbledore, Lord Voldermort, and Harry Potter himself, and they come in a stylish box.

The Harry Potter Wand Pen set makes a perfect birthday or Christmas gift for fans of the Harry Potter books and movies, and they’re ideal for use at home, at work, or at school.

This set is amazing

Brought for my daughters birthday (she’s a massive Harry Potter fan) she absolutely loves them they are amazing quality to! Definately recommend

I bought these wonderful pens for my daughter. She has been a Harry Potter fan for years. The pens are brilliant. They are good quality and I would definitely recommend these to anyone especially a Harry Potter fan.