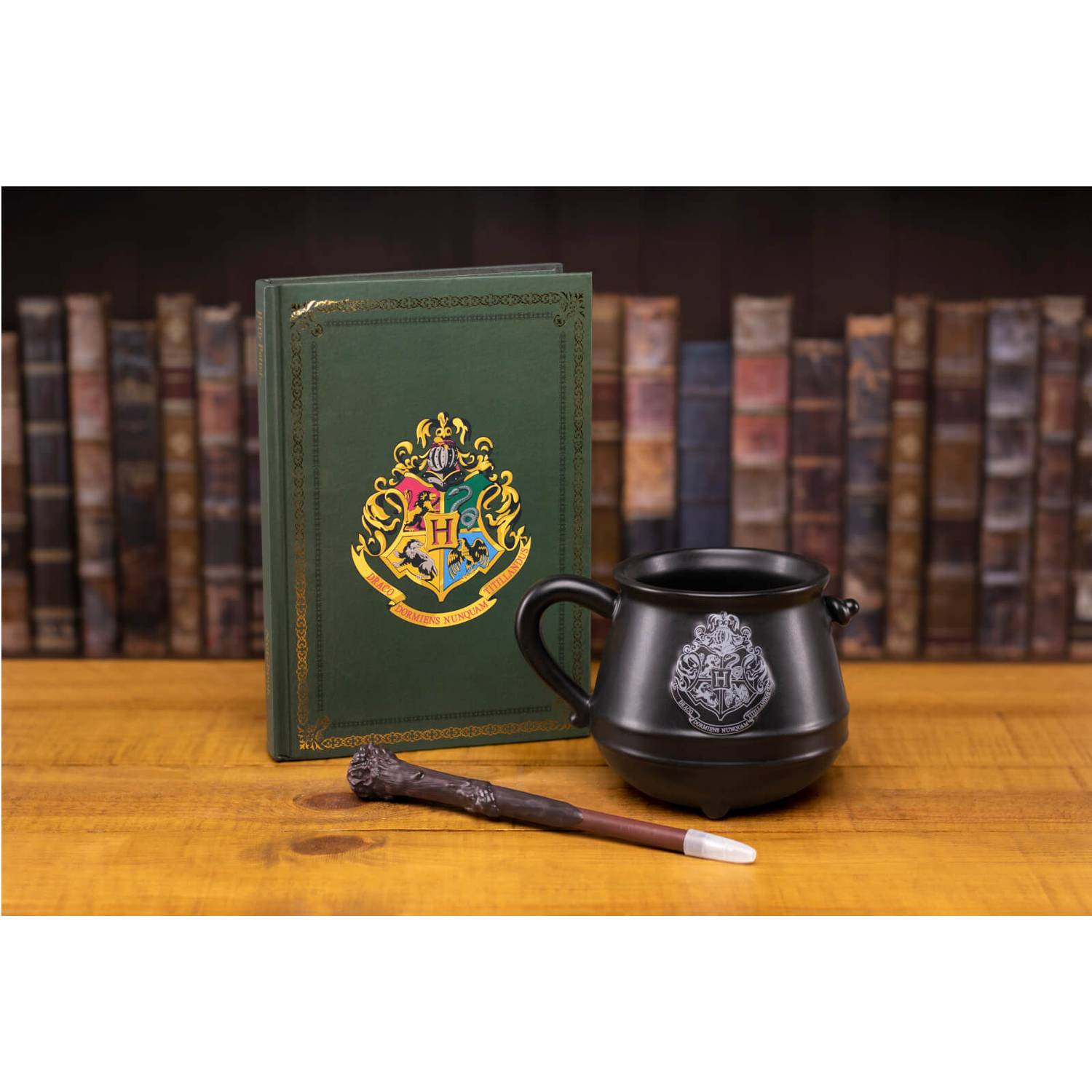 If your loved one is a huge fan of the Harry Potter books or films, then you can make their day with this fabulous Harry Potter Gift Set.

Allow them to enjoy a tasty hot beverage from the cauldron mug, before writing in their stylish Hogwarts crest notebook with their Harry Potter Wand Pen.
The notebook has stylish, Hogwarts detailing and lined pages, making it ideal for use at home, at work, or at school. The mug, which is in the shape of a classic cauldron, also features the Hogwarts crest on its side, and the pen is in the design of Harry's very own wand.

This set is perfect for fans of the Harry Potter series and works nicely on Christmas and birthdays.
First published in 1997, J.K. Rowling's bestselling series of novels following the magical adventures of Harry Potter, Ron Weasley and Hermione Granger has since become a cultural phenomenon. A huge success in novel form, the world of witchcraft and wizardry was then given big screen treatment in 2001, launching one of the most successful blockbuster film franchises in cinema history. Harry Potter is instantly recognisable to millions of people across the world, and is hugely popular among fans of all ages.

Good Morning I W O O T I just want to say how the above gift which I purchased for my grandson as a present is amazing and the speed you deliver is very good and as far as I am concerned there is nothing you can improve on . Just stay as you are and Thank You