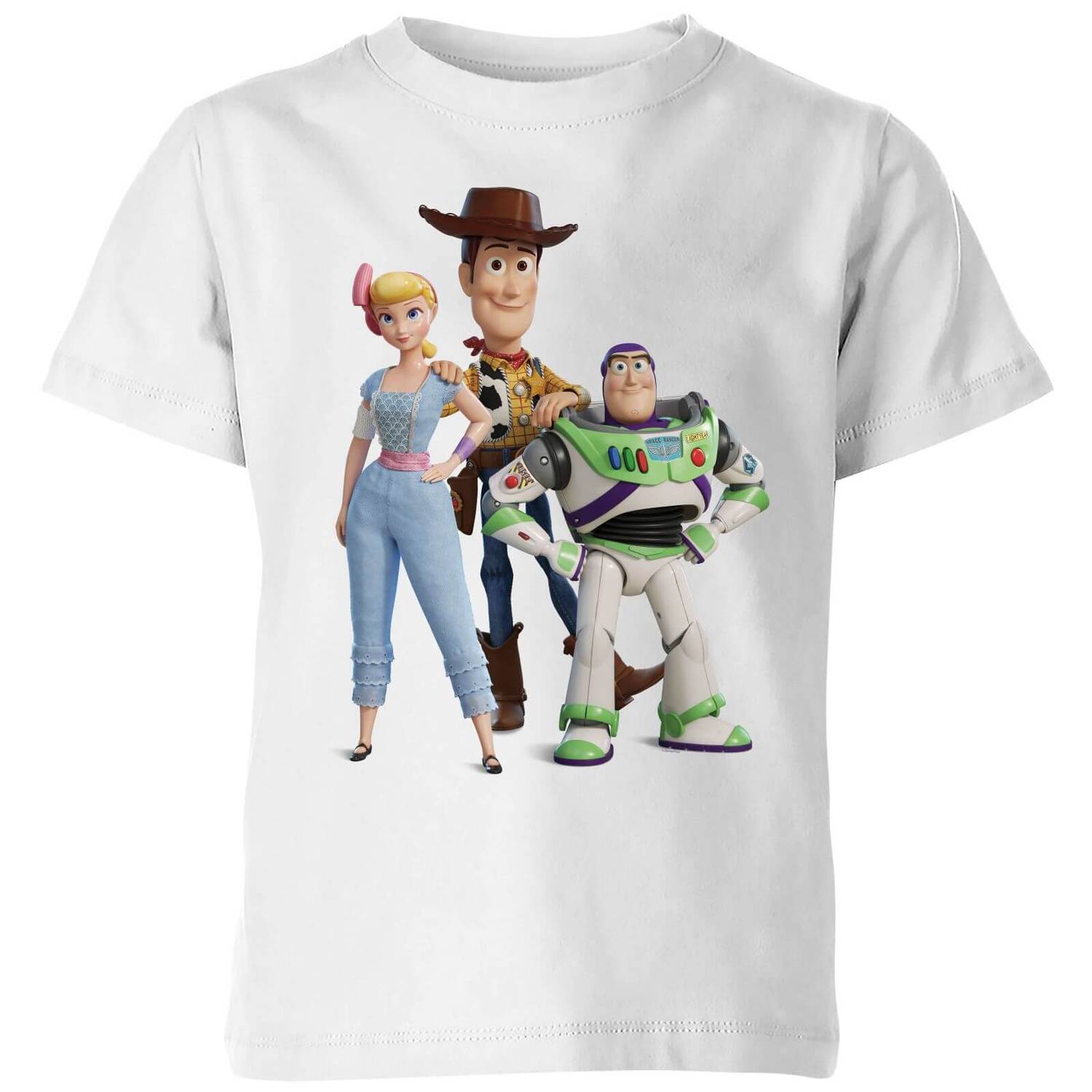 The brilliant Toy Story 4 Woody Buzz And Bo Kids' T-Shirt is a product with exclusivity, only purchasable on our site.

Taking your appearance to the next level, it boasts a eye-catching print on a White item of clothing.

(Our entire range of products has been ethically sourced, so this site is the definitive location to find the latest clothing.)

Further, we cater to boys and girls with equal regard, our items having loose-fitting proportions. Our recommendation is that you order a size up if you want a baggy fit.

Released in the UK in March 1996 Toy Story was the first fully computer-animated film to be produced and shown in cinema and eventually earned $373 million dollars at the world wide box office. The childhood film that left us all peeking back into our bedrooms in attempt to see our toys come to life is still a favourite 23 years later with the fourth film of the animated gang released last month with modern technology now making the film feel more real than ever.