Introduced in 1939 Batman has been a beloved hero for over 80 years. Beginning his journey in DC Comics as a haunted man from witnessing the murder of his parents he sorts to bring justice to the world though he did not care how this was done, the character was then presented as a goofy, trickster when brought to film in the 1940’s and 60’s eventually Batman was brought back to his Dark Knight roots in the 80’s.

Black unisex hoodie with chest and back print. 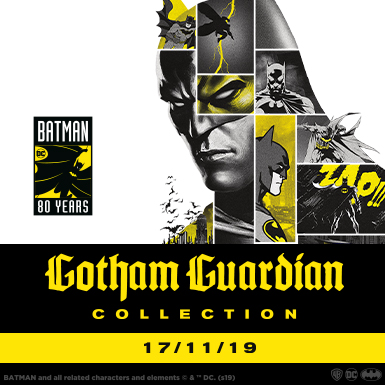 After witnessing the murder of his parents Bruce Wayne swore vengeance on all criminals, as he became Batman, patrolling the cold, dark streets of Gotham City ready to fight crime at any given time. Though he has no supernatural abilities Batman has trained himself vigorously, developing super strengths to become the world’s greatest detective and protecting Gotham City from evil. One of DC comics earliest superhero’s Batman has been a beloved character for over 80 years, let our range take you into the life of Gotham City, from the dark and eerie streets to the vibrancy and chaos of Batman’s arch enemy the Joker.